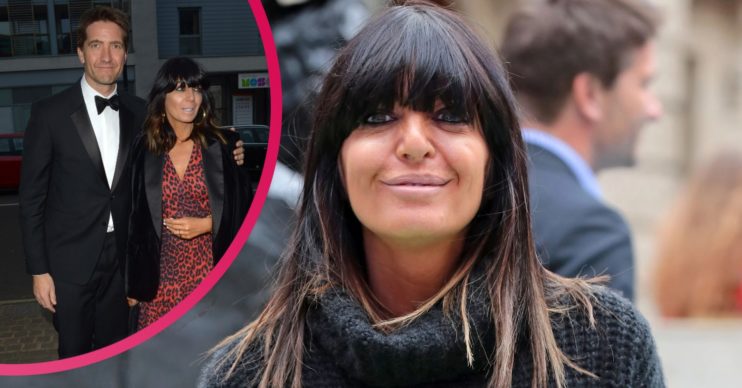 The Strictly Come Dancing host isn't a fan of H2O

Claudia Winkleman has revealed she won’t have sex with husband Kris Thykier is he’s been drinking water.

The Strictly Come Dancing host recently opened up on the bizarre bedroom confession, revealing she doesn’t “like or believe” in H2O.

What did Claudia Winkleman say?

Speaking on the Off The Menu podcast, Claudia shared: “I don’t like or believe in water, I won’t have it… I’ve never knowingly had water, I don’t like it.

“When people drink it, like my husband drinks great amounts of water, and I really like him but it’s problematic.

I just don’t like liquid… is this too weird?

“He’s glugging, don’t touch me, ‘Clau, take your bra off’… I don’t think so. That was disgusting, you should be ashamed of yourself.”

Podcast hosts Ed Gamble and James Acaster were left in hysterics as Claudia later called the sound of glugging “disgusting”.

She added: “I’m never thirsty, I’ve never been thirsty…. and I don’t like the taste. Sparkling is too much of a shock.

“I just don’t like liquid… is this too weird?”

It certainly isn’t the first time Claudia has discussed her bedroom antics with filmmaker Kris.

Last week, the star revealed she feels pressure to have sex with her husband every 48 hours.

She explained: “I think we put way too much pressure on ourselves – I haven’t had sex with my husband for two days let’s do it on the stairs.”

With the new series of Strictly only weeks away, the mum-of-three has been busy preparing alongside co-host Tess Daley.

But just like month, Claudia admitted she was “waiting to be fired” ahead of the show’s return.

Read more: Strictly Come Dancing will be axed if the UK is forced back into lockdown

In an interview with the Daily Mail she shared: “I’m just waiting to be fired.

“I’m waiting for somebody to tap me on the shoulder and go, ‘Oh, sorry, we’ve got this all wrong, you are not allowed to go in again, we’ve got Rylan instead.'”

She also said that even though she gets “vomit-inducingly” nervous before each show, and that the imposter syndrome is real.