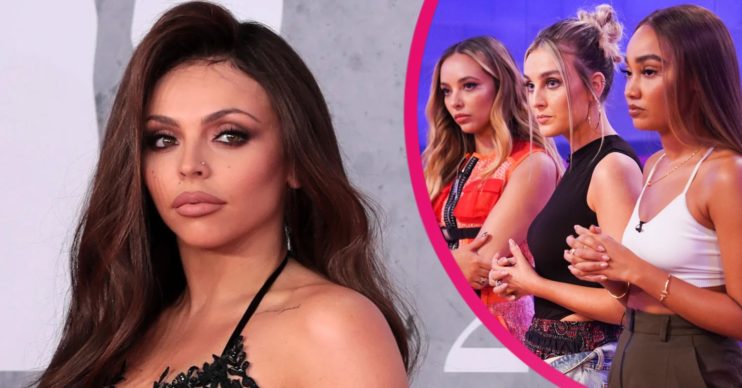 The singer recently quit the band after nine years

Jesy Nelson has removed traces of girlband Little Mix from her social media account – just hours after announcing she has quit.

The 29-year-old singer is clearly looking to start afresh as she unfollowed the band’s manager Samantha Cox on Instagram.

She also deleted all mention of Little Mix from her bio, which now includes a ‘Team Jesy’ email address.

One said: “The way the only person Jesy unfollowed is Little Mix manager.”

Another added: “I know that maybe Jesy is managing her Insta account anymore, but the fact she ‘unfollowed’ Sam Coxy. I don’t like her though because she is from Modest but [I don’t know], it is weird.”

Samantha has worked with Jesy since her appearance on The X Factor in 2011.

She has previously managed the likes of Leona Lewis, One Direction, Olly Murs and JLS.

It certainly isn’t the first time Jesy has taken a subtle dig at her music management team.

Earlier this year, the star and her fellow bandmates spoke out against X Factor boss Simon Cowell.

the way the only person jesy unfollowed is little mix' manager,,

The girls and Simon parted ways in 2018, with Jade previously revealing: “The industry is very much dominated by older men and for a while we did feel intimidated by it.

“The minute we started to say ‘no’, a weight was lifted off our shoulders.”

Why has the star left Little Mix?

It comes after Jesy released a statement confirming her decision.

The singer said: “The past nine years in Little Mix have been the most incredible time in my life.

“I find the constant pressure of being in a girl group and living up to expectations very hard. So after much consideration and wit a heavy heart, I’m announcing I’m leaving Little Mix.”