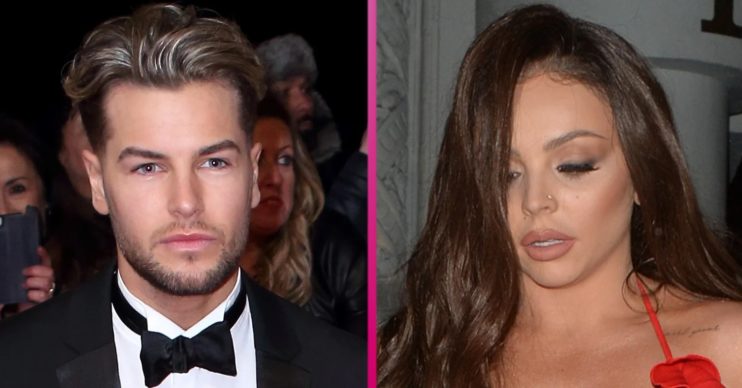 The Love Island star reached out to Jesy following her announcement

Jesy Nelson was supported by her ex-boyfriend Chris Hughes after announcing she has quit Little Mix.

The singer, 29, shocked fans yesterday, as she revealed she has left the girlband after nine years to focus on her mental health.

And while the star was inundated with messages of support from fans, Chris was among the well-wishers.

What did Chris Hughes say to Jesy Nelson?

It comes months after the former couple called it quits, with Jesy moving on with new boyfriend Sean Sagar. Alongside her emotional statement on Instagram, the Love Island star shared: “The best.”

Chris and Jesy ended their 16-month romance in April.

Chris, 27, was one of the many stars on hand to support Jesy following yesterday’s announcement.

In the comments, Stacey Solomon added: “Love u,” followed by a heart emoji.

Frankie Bridge said: “So brave of you. Xx.”

Why has Jesy left?

Jesy cited the impact that being in the band has had on her mental health as one of the reasons.

In a statement, she shared: “To all my Mixers. The past nine years in Little Mix have been the most incredible time in my life.

“We have achieved things I never thought possible. The truth is recently being in the band has really taken a toll on my mental health.

“I find the constant pressure of being in a girl group and living up to expectations very hard. I need to spend some time with the people I love, doing the things that make me happy.”

She added: “There comes a time in life when we need to reinvest in taking care of ourselves rather than focusing on making other people happy, and I feel like now is the time to begin that process.

Jesy later thanked her bandmates, saying: “Most of all I want to say thank you to Jade, Perrie and Leigh-Anne for creating some of the most amazing memories I’ll never forget.”

The star previously took a break from the band “for private medical reasons”.