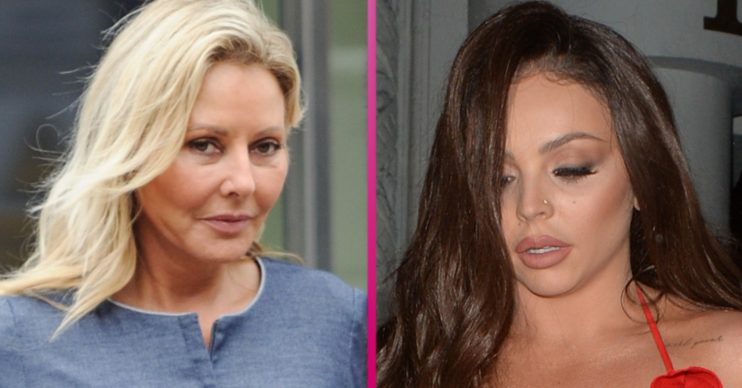 Carol is 'appalled' by the online trolling Jesy's received...

The former Countdown star, 59, said the abuse Jesy, 29, has suffered is ‘appalling.’

Addressing her some 454,000 Twitter followers, Carol tweeted: “Jesy Nelson from ⁦@LittleMix⁩, a lovely young woman, has decided to leave the band for her mental health.

“It’s appalling the amount of abuse this girl has had to take because she doesn’t conform to what is ‘acceptable’ in media. Shame on all the abusers. I wish her well.”

When did Jesy Nelson announce she is leaving Little Mix?

Jesy announced on Monday that she would be leaving Little Mix after almost decade in the popular girlband.

She cited mental health and the pressures of fame for her decision.

Read more: Sharon Osbourne is self-isolating away from Ozzy after testing positive for COVID

Her official statement included: “The truth is recently being in the band has really taken a toll on my mental health.

“There comes a time in life when we need to reinvest in taking care of ourselves rather than focusing on making other people happy, and I feel like now is the time to begin that process.

Jesy has been viciously trolled for years

“So after much consideration and with a heavy heart, I’m announcing I’m leaving Little Mix.”

Jesy won an NTA for her documentary Odd One Out on BBC Three. Here she detailed the vicious trolling she’s received over her appearance for years from often anonymous online abusers.

On the heartbreaking doc, she said she was trolled within hours of winning The X Factor with her bandmates.

She recalled: “I had about 101 Facebook messages in my inbox, and the first one that came up was from some random man, saying: ‘You are the ugliest thing I’ve seen in my life, you do not deserve to be in this girl band. You deserve to die.’

“It became the worst time of my life. I wasn’t just known as one of the singers in Little Mix, I was known as ‘the fat, ugly one’.”

However, Little Mix vow to continue as a three-woman band.

On their official social media accounts, the group says they will continue to produce music and tour.

Their statement included: “We are still very much enjoying our Little Mix journey and the three of us are not ready for it to be over.

“We know that Jesy leaving the group is going to be really upsetting news for our fans.

“We love you guys so much and are so grateful for your loyalty and continued support of all of us. We’re looking forward to seeing so many of you on tour.”