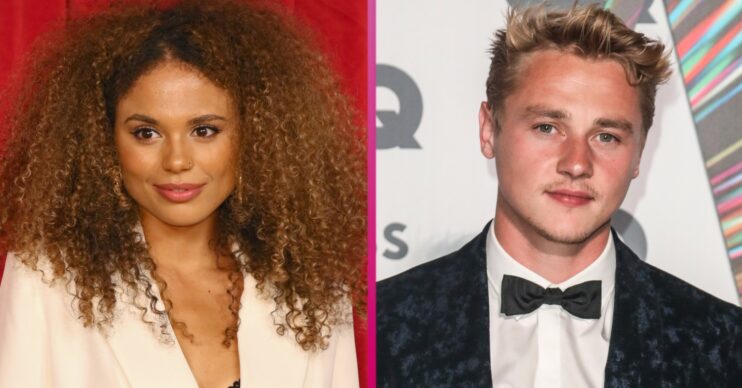 The pair met while filming BBC's The Girl Before

Jessica Plummer and Ben Hardy have appeared to ‘confirm’ their romance by sharing a kiss in public.

Earlier in the summer, reports claimed the two EastEnders stars had been spotted on a date.

Now, in images obtained by The Sun, Jessica and Ben locked lips near London’s Soho House.

The Sun reports that the pair “gazed into each other’s eyes” and shared a kiss before Jessica climbed into a taxi.

Jessica, who played Chantelle Atkins in EastEnders, stars alongside Ben in new BBC thriller The Girl Before.

Reports claimed they grew close after hitting it off during filming.

ED! has contacted reps for Jessica and Ben for comment.

It came after Ben – who played Peter Beale between 2013 and 2015 – split from his ex-girlfriend actress Olivia Cooke earlier this year.

A source said at the time: “Olivia and Ben were smitten to begin with but the intensity soon fizzled out. They’re at pivotal points in their acting careers and just couldn’t make it work.”

Meanwhile, Jessica has a daughter Noa, six, from a previous relationship.

Jessica and Ben star in BBC’s The Girl Before, which airs on December 19.

It sees Jane, played by Gugu Mbatha-Raw, move into a minimalist house at low rent on the condition she follows the architect’s rules.

But she learns that her predecessor Emma, played by Jessica, died there.

Read more: I’m A Celebrity: Why did Adam Woodyatt split from his wife after 22 years?

Jane worries her fate will be the same as the girl before.