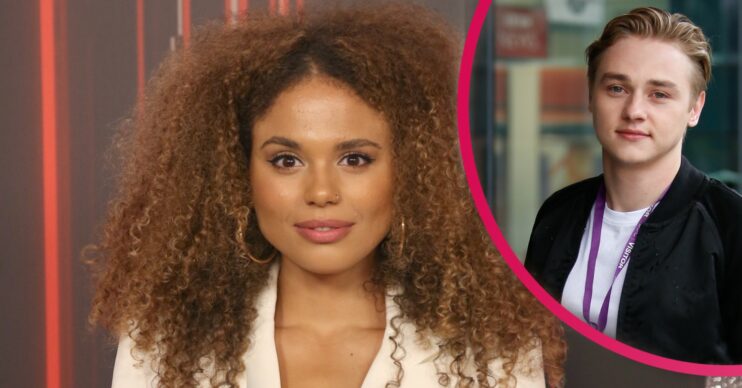 Has love blossomed outside Walford?

Former EastEnders stars Jessica Plummer and Ben Hardy have set tongues wagging after they were spotted enjoying a cosy night out together.

The pair met while filming their new BBC drama show The Girl Before.

They were then seen enjoying a night out earlier this week.

What happened on their night out?

Reports suggest that the pair have grown close with their on-screen chemistry transferring to real life.

They’ve been spotted regularly liking one another’s Instagram posts and it’s thought they’ve been spending time together off-screen since June.

According to The Sun the actors were seen “on a date” by excited fans at the gig.

Were Ben and Jessica Plummer in EastEnders at the same time?

While both actors are EastEnders alumni, there was no overlap in the soap so they wouldn’t have met in Walford.

Jessica, 28, appeared as tragic Chantelle Atkins for just one year, with her stint in the soap ending in 2020 when she was murdered by abusive husband Gray Atkins.

He has gone on to become a successful Hollywood star securing roles in box office hits including X-Men: Apocalypse and Bohemian Rhapsody.

Does Ben Hardy have a girlfriend?

Ben and his ex-girlfriend actress Olivia Cooke broke up earlier this year.

At the time friends of the couple told The Sun how their careers had got in the way of the relationship.

They said: “Olivia and Ben were smitten to begin with but the intensity soon fizzled out. They’re at pivotal points in their acting careers and just couldn’t make it work.”

Jessica meanwhile shares a daughter, Noa, six, with her ex-boyfriend.

Talking about her relationship status and Noa’s dad and childhood sweetheart Jaz in January she said: “Yes, I am single right now, but I will always love him.

“He will always be my family and we fully share responsibility for Noa.”