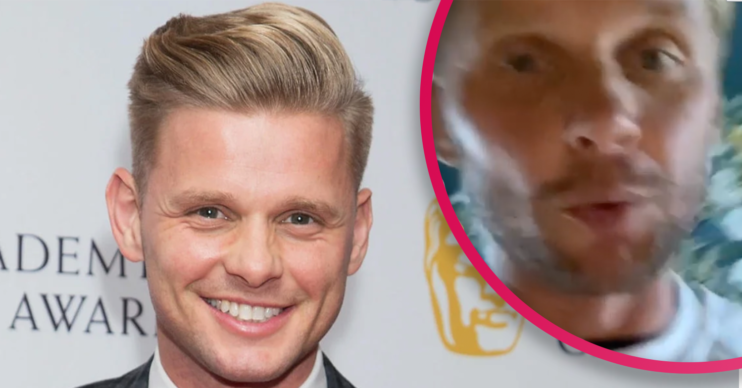 The presenter says the decision was a 'bold move'

Jeff Brazier has given fans an insight into his newly decorated bedroom complete with navy walls and trendy furniture.

Despite explaining the decision was a “bold” move, it certainly paid off for the 41-year-old presenter.

Jeff and his wife Kate Dwyer took to Instagram to share a room tour of the finished space.

The video starts off in the walk-in wardrobe before leading into the bedroom section, which is furnished with a huge leather headboard and a dressing table.

Standing in the room alongside Kate, Jeff said: “Thank you for all the lovely messages saying how lovely you think the bedroom is. It’s a bold move to be fair, to do not just ceiling but all the walls.

“To make it so dark and not have to worry that you’ve done all this work and paid the painter a good couple of hundred, then maybe have to pay for him to go over it. Can you imagine having to turn those walls back into white?”

The TV star went on: “The next thing we’re going to do is do all the skirting and have a different mirror because that one doesn’t really match the room.”

So interior design is hardly a case of life and death but we took a bit of a gamble and it looks like it’s worked out just fine! Thankyou to @dnpropainters_ for another great job and working on a Sunday and to @paintmagicbybedec for creating the perfect shade of blue just for us!

Jeff also thanked the workers who helped put together the room.

He captioned the post: “So interior design is hardly a case of life and death but we took a bit of a gamble and it looks like it’s worked out just fine!

“Thank you to @dnpropainters_ for another great job and working on a Sunday and to @paintmagicbybedec for creating the perfect shade of blue just for us!”

And it appears Jeff’s followers were just as impressed.

Another said: “Looks great Jeff, love the wallpaper with the blue.”

A third added: “Looks lovely what a difference xx.”

Jeff has made the most of lockdown by decorating his Essex home.

Jade died of cervical cancer in 2009, when sons Freddy and Bobby were just five and six years old.

In an Instagram Story revealing the teenager’s bedroom makeover, there is a dedicated shelf filled with framed pictures of Freddy and brother Bobby as toddlers dressed in Santa costumes with their mum.

Additionally, another framed photo was a promotional snap from an advert for her 2009 documentary.

Meanwhile, lockdown has also given Jeff plenty of opportunity to spend quality time with Kate.

Alongside a cute snap of the couple having a cuddle in April, he wrote: “What a test this is for people’s relationships!

“I’ve really enjoyed having the wife around because we clearly make a great team.”

Read more: Tamzin Outhwaite shares tribute to late lookalike mother: ‘I miss my mum so much’

“Taken the time to binge on Netflix and continue to help each other stay positive and focused in these slightly strange days of isolation.

“That said she’s just given me two jobs to do so if I sit around writing this post much longer I’m sure she’ll add another.”

The presenter and Kate, who got married in September 2018, previously admitted they were “having difficulties” back in October.