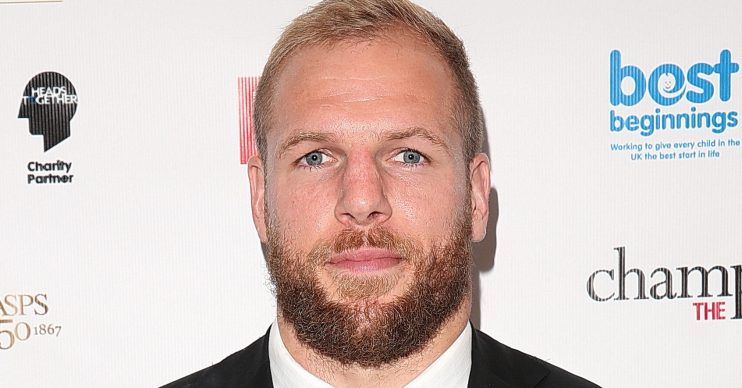 Will he spill on the royal family?

The next series of I’m A Celebrity might be a way away yet, but already speculation has started at who might be appearing in the jungle.

The latest name to be linked to the show is former England rugby international James Haskell.

The Sun reports that the recently retired rugby player and husband of Chloe Madeley has been approached to appear and is in talks.

A source was quoted as saying: “Producers think James would be a great addition. They have made him a decent offer and are hopeful he will sign up.

“Being a top-class sportsman means he’ll be full of stories of the dressing room and what goes on behind closed doors.

“They also hope he’ll shed light on having Richard and Judy as his in-laws — and his friendship with Prince Harry.”

Producers will be hoping he can spill secrets about his famous in-laws Richard Madeley and Judy Finnigan, as well as one of his mates – Prince Harry.

Another celeb rumoured to be entering the jungle this year is Paul Hollywood’s ex, Summer Monteys-Fullam, who, according to reports, is at the top of ITV bosses’ wishlist.

With reports that she’s “turned down £125k” to appear and is “holding out for one of the biggest fees” in the show’s history, Summer would most certainly make for interesting viewing.

A source told The Mirror: “Summer knows she’d be TV gold and can all but name her price.”

They added: “If she gets her way, she’ll be one of the highest-paid contestants ever.”