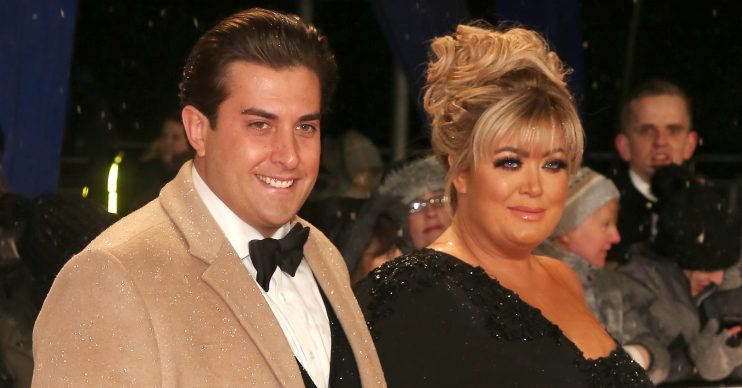 The pair have split numerous times this year

James ‘Arg’ Argent has reportedly bought a £1.3 million house to try and win back his on-off girlfriend Gemma Collins.

Earlier this month, Arg was spotted moving back into his mum’s house following his split from Dancing On Ice star Gemma.

However, it’s been said that the couple have since got back together and Arg is hoping his new home will prove that “he has grown up”.

The former TOWIE star has bought a house just around the corner from his best pal Mark Wright, apparently.

A source told The Sun: “Arg is determined to sort himself out and grow up and he is hoping that buying this home will be the perfect way to prove himself. With five bedrooms, it would work as a proper family home and he is even getting it renovated before he moves in.

“He is settling down just around the corner from his best pal Mark and his wife Michelle Keegan, and hopes to emulate their level of marital bliss with Gemma.

“Although Gemma isn’t officially moving in with Arg, that is his long-term goal and he hopes that eventually she will be living there with him. This is his way of proving that he has grown up and is ready to settle down once and for all.”

Gemma and Arg have endured a string of splits this year.

Earlier this year, after one break up, it was reported that Arg had body-shamed Gemma in a series of messages, while she labelled him an “embarrassment” over his weight gain.

Meanwhile, back in February, Gemma kicked Arg out of her home after rowing over a video he posted of her snoring online before he said she had “more rolls than Greggs”.

In March, Arg apologised for the comments he made about Gemma’s weight.

He said on Good Morning Britain: “I’m a hypocrite. I struggle with my weight, I’m the biggest I’ve ever been, Gemma looks the best she’s ever been.

I’m going to have the biggest comeback of 2020!!! After a few years of absence I’m now officially a member of @davidlloydchigwellofficial My 1st swim 🏊‍♂️ since attempting the epic challenge of the #EnglishChannel Its good to be back! 🙌🏽❤️

Read more: Gemma Collins wants her own ‘statue’ in Madame Tussauds and for the Queen to invite her to tea

“We were both were cussing each other, it didn’t mean anything.”

Alongside a topless photo of himself in a gym, Arg said: “I’m going to have the biggest comeback of 2020!!!

“After a few years of absence I’m now officially a member of @davidlloydchigwellofficial. My first swim since attempting the epic challenge of the #EnglishChannel. It’s good to be back!”