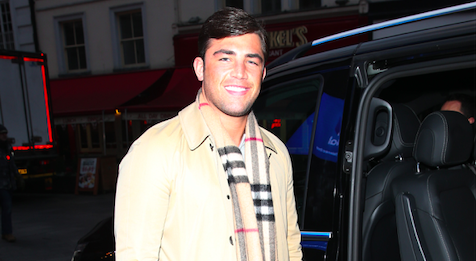 He claims they haven't messaged one another at all

Jack Fincham says his ex-girlfriend and fellow 2018 Love Island winner Dani Dyer hasn’t messaged him to congratulate him on the birth of his first child.

The former stationery salesman, 28, told The Sun that his ex flame has yet to reach out to him, despite all of his Love Island cast mates doing so over his new daughter Blossom

He is reported to have told the tabloid: “It’s been incredible. Every single member of Love Island has been in touch.

“Dr Alex texted me, saying he kept welling up about the news, and I’ve had loads of mums come and say nice things.”

When pressed if Dani had spoken to or messaged him Jack indicated they haven’t messaged one another at all.

Despite this, Jack seems absolutely delighted with his new life as a father – and said that he is co-parenting with Blossom’s mother and his ex, Casey Ranger.

He explained: “Me and Case are just mates, we are simply focusing on being the best mum and dad we can and figuring out this co-parenting thing.”

Dani and Jack met on ITV2’s Love Island two years ago, and went on to win the series.

He appeared to quickly bond with her family, including her celebrity father, EastEnders actor Danny Dyer.

The young lovebirds even moved in together, bought a bulldog puppy – Sandy, and had a short-lived reality series about their budding relationship.

However, by December of 2018 they’d already split, only to reconcile in the New Year and then announce the end of their courtship in April 2019.

Jack released the following statement via Instagram at the time: “There is no easy way to say this and it isn’t going to be an easy time but me and Dani are not in a relationship anymore.

“We will always care a lot for each other and I mean that from the bottom of my heart and I wish her nothing but happiness.

“We have some amazing memories together and have been through a lot but sometimes things just aren’t meant to be and we really did try and make it work but unfortunately didn’t and that is life.

“That’s all I have to say, a break up is hard enough as it is for both of us let alone in the public eye so I hope everyone is considerate and understands this. X”

Meanwhile Dani has gone on to form a relationship with banker Sammy Kimmence, whom she was spotted out with just a month after her split with Jack.

A source told The Sun Online that the couple are predicted to get married soon, and that Jack’s fatherhood news may be at least partly behind it.

The source claimed: “Everyone is expecting Dani and Sammy to tie the knot this year…Dani’s not bothered about Jack anymore – she’s moved on but if anything his news will spur her on and make her want to focus on her new life with Sammy all the more.”

ED! reached out to Dani Dyer’s representative who responded with: “Dani very publicly congratulated Jack on Rylan’s R2 Saturday show, the day he announced he was a father.”

Do you think Dani should have reached out to Jack? Share your thoughts with us on our Facebook page @EntertainmentDailyFix.