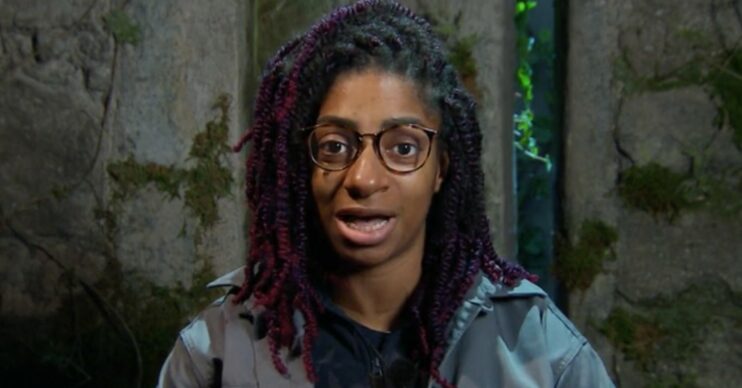 I’m A Celebrity star Kadeena Cox has revealed her former coach, Brian Scobie, died during her time on the show.

Alongside a series of photographs of the two together, Kadeena explained that Brian had trained her since she was a teenager.

Brian took on Kadeena as a “bright eyed eager” youngster.

Sadly, the star didn’t know about Brian’s death until after leaving the I’m A Celebrity castle.

Taking to Instagram, Kadeena explained: “Last week I celebrated the coaching chain that got me from a school kid who was quick to 4x paralympic champion.

“After leaving the castle on Monday night, I found out an integral part of that chain, passed away a whilst I was on the show.

“Finding the right words to say is hard, he wasn’t just a coach who I worked with for 11 years but a father figure I owe so much to.”

She continued: “He took a 15 year old me and made me a great national level athlete. But he didn’t just coach me, he took me to competitions (always telling mum he’d make sure I was safely back), he paid for races when cash was tight and taught me life lessons I really needed.

“Stopped me from getting into fights when I’d bitten off more than I could chew.”

The athlete went on to explain that the coach also supported her throughout her multiple sclerosis battle.

However, the pair parted ways after Brian’s health deteriorated.

Concluding her post, Kadeena said: “I cherish the cards I still have and will always be your ‘little bird’!!

“Fly high Mr Scobie, you will always hold a special place in mine and the whole of #TeamScobies hearts.”

Fans rushed to support Kadeena in the comments section.

One follower commented: “I’m so sorry for your loss, he sounds like he was an incredible person – such a beautiful tribute. Sympathies go to you, all ‘Team Scobie’, his wife & family.”

Another added: “Sorry to hear of your sad news but what a positive legacy he has left behind. Such an IMPACT.”

A third wrote: “So sorry for your loss Kadeena, what an amazing man and lovely tribute to him.”

A fourth posted: “Such beautiful words.”