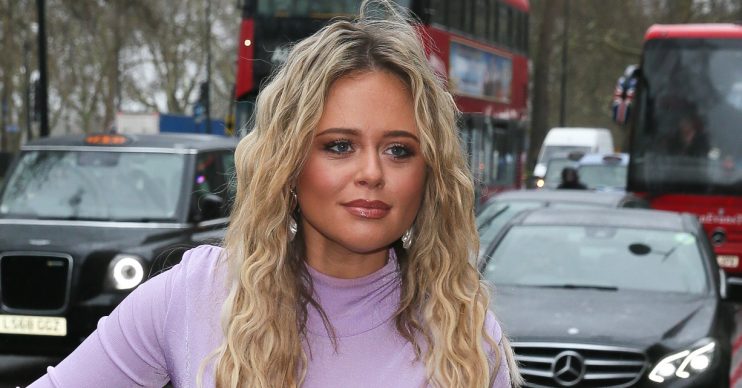 The I’m A Celebrity… Get Me Out Of Here! favourite, 29, took to Instagram to show off her shorter, lighter locks – and fans love the new look.

Emily, who usually wears her hair well past the shoulder, looked stunning on her Stories in a white shirt, hair chopped into a long wavy bob.

In another snap taken in a mirror, she rocked a low-cut top with a summery skirt and tagged women’s fashion site In The Style.

She debuted the look with a short video, in which she beamed at the camera and turned her head from side to side, brushing a hand through her new do.

Emily captioned the post: “Hey kids. I’ve had a chop and change. Thank you team @charlesworthingtonsalons.”

Fans rushed to comment on the transformation, with one writing, “I wish I could get my hair like this”, and another simply commenting, “This hair” alongside a fire emoji.

Someone else commented, “Love her and her hair!” while a fourth said, “I LOVE this! Making me wanna go short”.

Emily has been dating her current boyfriend, Rob Jowers, since her stint on I’m A Celeb in 2018, when she was beaten to the jungle crown by football manager Harry Redknapp.

Earlier this year, fans were sure the two had decided to tie the knot after just a few months.

Emily posted a snap of her youngster sister, Martha, smiling next to her fiancé and joked about struggling to organise her hen do.

But it appears her followers failed to read the caption properly, as many rushed to congratulate the actress on her engagement.

It came just days after she was forced to deny rumours of a secret wedding, which sprang up because of a selfie that appeared to show the actress wearing an engagement ring.

She took to her Instagram Stories to shut the rumours down, telling her followers: “I’m not engaged. The picture had flipped around, like it does.

“I have a ring here on my right hand, which is the other side. Stop scaring [Rob] off! He’s a new boyfriend, he’s going to get very scared!”

What do you think of Emily’s new hair? Leave us a comment on our Facebook page @EntertainmentDailyFix and let us know.