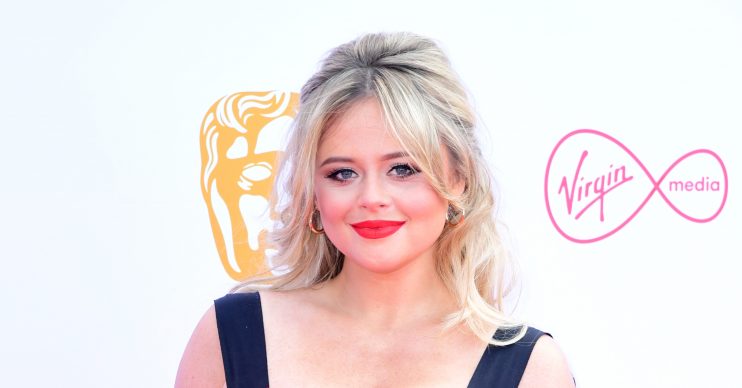 They attended the Baftas together

Loved-up Emily Attack has hit the red carpet for the first time with her new beau.

The I’m A Celebrity star attended Sunday night’s Bafta Awards at London’s Royal Festival Hall and posed happily with Rob Jowers, despite only going public with the film producer a few weeks ago.

Meanwhile, she has said that people need a certain mindset to cope in the entertainment industry as “the lows are extremely low.

The actress and I’m a Celebrity star said it can be easy to lose yourself in the business.

She described working in TV as a “big pantomime”.

Speaking to the Press Association at the event, she admitted: “All industries have their highs and their lows but this one in particular, it’s an incredible industry and the highs are unbelievable but the lows are extremely low and you’ve got to have a certain mindset for it.

“I think that you have to take everything with a pinch of salt.

“Don’t live to work. I’m a believer in work ethic and working hard but you can’t allow it to get the better of you, especially this industry.”

“It is all a big pantomime – you’ve just got to play your little part in it,” she added.

Emily also told how much her life had changed since going into the I’m a Celebrity jungle.

“It’s amazing, I feel like I’ve won the lottery,” she said.

“It was the best decision I ever made.

“It was the best and hardest thing I’ve ever done but I learned so much.”

The star said the experience “reminded me of who I am and reminded me of my nine-year-old self before life got to me and before I became an adult and started worrying about everything”.

“It strips you away back to being a little nine-year-old child,” she said.

“So it didn’t change me it just reminded me of who I was and allowed me to explore other parts of myself that I didn’t know were there.”

Leave us a comment on our Facebook page @EntertainmentDailyFix and let us know what you thought of the show.