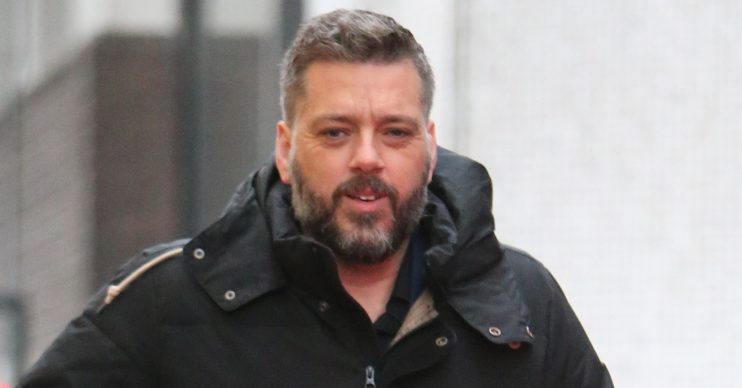 Iain said he wasn't going to let the man die

Former I’m A Celebrity star Iain Lee sent an ambulance to a radio listener who had taken an overdose.

Iain spoke to listener Mark on the air during his talkRADIO show on Tuesday (March 10) after he called in sounding distressed.

Mark, 48, had previously spoke to Iain on his The Late Alternative show.

Iain said: “All I want you to do is tell my producer your address so she can send an ambulance round.”

As a human being, I can’t let you die tonight.

Mark said that would upset his wife and Iain replied: “You know would upset her more? If she found you dead in the morning, wouldn’t it? As a human being, I can’t let you die tonight.

“We’ve got ourselves in a little pickle, but it’s a pickle that can be sorted out quite easily.”

Mark then gave Iain’s producer his home address and an ambulance was called.

Iain told Mark: “You’ve done a really good thing Mark, thank you. The world will not be a better place if you’re dead.

“It will be an ever so slightly darker place. I promise you that, because you’re a good man, and I don’t want you to die.”

Mark was then passed over to the ambulance services and Iain said he would call him back.

Following his show, Iain wrote on Twitter: “Just got off the phone to Mark. He’s given me permission to say he’s OK. Thanks for the love you’ve sent him. I’ve told him to text me tomorrow.”

This isn’t the first time Iain has had to deal with a difficult call from a distressed listener.

In December last year, Iain listened to a man after he called into the show and revealed he had taken an overdose and was lying in the street, dying.

Iain said he spoke to the man for around 30 minutes while his producer worked with emergency services to track the man down.

Devon and Cornwall Police Inspector Kevin Morley reached out to Iain to thank him.

He wrote on Twitter: “My officers that attended and are now dealing with the caller. We will do our best to direct him to long term support.”

Do you listen to Iain’s radio show? Share your thoughts with us on our Facebook page @EntertainmentDailyFix.