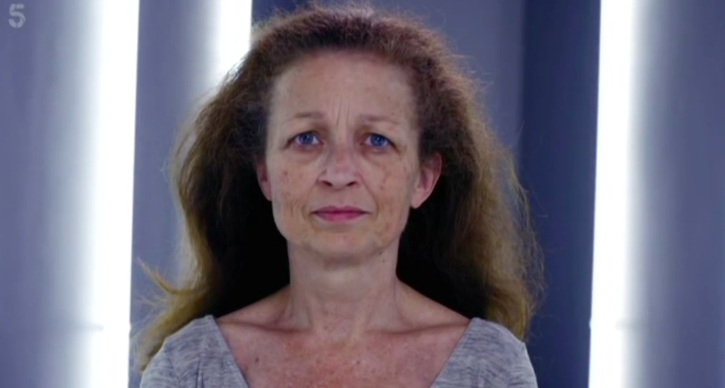 The mum-of-one was keen to get her confidence back

Lyndsey told viewers she was hoping to reinvent herself following her bowel cancer diagnosis in 2014, revealing how she “plummeted” after having a tumour removed.

And while the hairdresser may be just 51, the public weren’t as convinced – with some guessing she was as old as 63.

She said: “I started to feel poorly about 10 years ago and then it got to June 14 and that’s when I was diagnosed with cancer.

“When they removed the tumour I did plummet because I wasn’t coping well at all.

“I’ve aged so much and I need help to get my confidence back.”

Despite the public’s opinion, Lyndsey admitted she wasn’t surprised, saying: “I do feel and look older than that.”

Nevertheless, a team of professionals soon helped out as Lyndsey was filmed undergoing botox and facial filler treatment for her deep-set lines and winkles.

I feel like I’ve found myself again, it’s how I felt 10 years ago

The mum-of-one also transformed her wardrobe – opting for sparkly wrap dress and heels over her usual t-shirt and jeans.

Lyndsey later went on the explain how her previous bad diet led to her teeth to become damaged, while chemotherapy treatment resulted in six of them to fall out.

Fortunately she was sent to a top dentist and denture specialist as part of her transformation, where she was fitted with top-of-the-line veneers.

Following the treatment, Lyndsey was stunned by the difference as she broke down in tears – telling viewers she no longer had to smile or talk with her hand in front of her mouth.

“I’m smiling without my hand in front of my face,” she gleamed. “It’s just fantastic.”

Soon after her unveil, presenter Cherry Healey claimed the make-over was the “most amazing transformation I’ve ever seen.”

And as Lyndsey was reunited with her family, including her young daughter, she explained how the transformation had left her feeling like her old self – five years on from her cancer diagnosis.

“I really feel like I’ve found myself again, it’s how I felt 10 years ago,” she admitted.

“I can feel my personality welling up all over again. This has given me that huge push in the right direction.

“I can’t wait to begin my new start in life.”

Viewers were just as taken aback by her miraculous makeover.

Another said: “Actually feeling a bit tearful over this woman on #10yearsyoungerin10days.”

A third tweeted: “Wow, #10YearsYoungerIn10Days is such a wonderful show allowing people to be the best version of themselves. Bravo!”

A fourth added: “Has anybody been watching #10yearsyoungerin10days???? OMG my favourite! Just really uplifting!”

What do you think of Lyndsey’s makeover? Share your thoughts with us on our Facebook page @EntertainmentDailyFix.