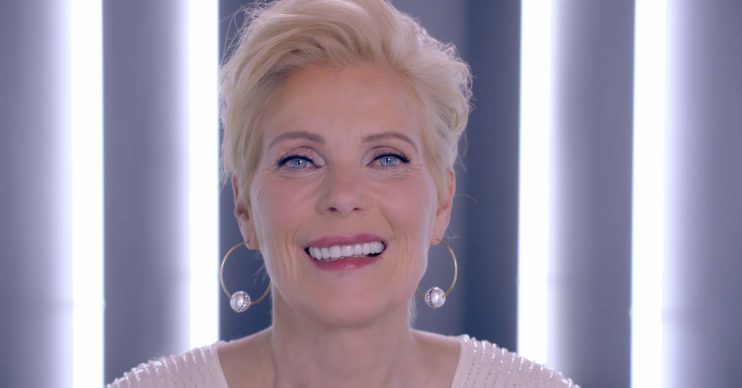 The working mum hadn't paid attention to her appearance for years

A mum-of-two underwent a dramatic physical transformation in just over a week thanks to her participation on Channel 5’s reboot of 10 Years Younger in 10 Days.

Gail, from Northumberland is just 54 but had members of the public guessing she was an average age of 64 – and one random woman asked even thought she was 77.

But by the end of the episode, people were guessing she was just 49 – shaving off five years of her actual age.

During the beauty makeover she traded in her dry ginger hair for a soft blonde hairdo and cut.

She also underwent botox, better fitting dentures and a clothes and style overhaul. She even had a one-hour make-up tutorial.

Speaking to The Sun’s Fabulous, Gail said of her participation in the project: “Until I did this show, I didn’t realise how much of my self-esteem was tied up in my face. I think how I felt about myself was reflected in my face, I was just giving up.

“When the makeover was going on, I thought ‘I might be being shallow, but I love it.”

On the episode she admitted she sometimes felt a bit “invisible” and had not paid attention to her appearance for years as she raised her children.

As presenter Cherry Healy asked members of the public Gail’s age, they didn’t hold back in their criticisms.

One said she looked a “bit dowdy” while another remarked: “I don’t think this woman has a lot of style” and a third said, “her skin looks wrinkly, I can see it’s old and a bit saggy”.

Gail went on to explain how at the age of 18 she lost almost all of her teeth due to gum disease and was aware that her current dentures were “really bad looking”.

Fortunately she was sent to a top dentist and denture specialist as part of her transformation, where she was fitted with top-of-the-line dentures.

Her daughters, Georgina, 16, and Lydia, 14, were in awe as her final look was unveiled.

Embracing their mother they remarked how “fabulous”, “beautiful” and “pretty” she looked.

Meanwhile Cherry gushed: “You look like a film star. I can’t even believe you’ve ever had your hand up a cow’s bottom.”

Read more: Fans worry as Ruth Langsford is absent from This Morning

Gail, ecstatic with the results, admitted she finally felt like herself again.

She told the cameras: “It’s like I’ve got me back. You can just chuck that old face away.

“What one person sees as beautiful, another doesn’t. But I feel good, and that’s more important than feeling beautiful.”

What do you think of Gail’s makeover? Share your thoughts with us on our Facebook page @EntertainmentDailyFix.