TV presenter Holly Willoughby was mortified on Celebrity Juice last night (May 16) when an X-rated game featured a 'topless' cardboard cut-out of her.

The This Morning host, 38, had to take part in a round called The Scotch Egg Club alongside new team captain Paddy McGuinness and show host Keith Lemon. 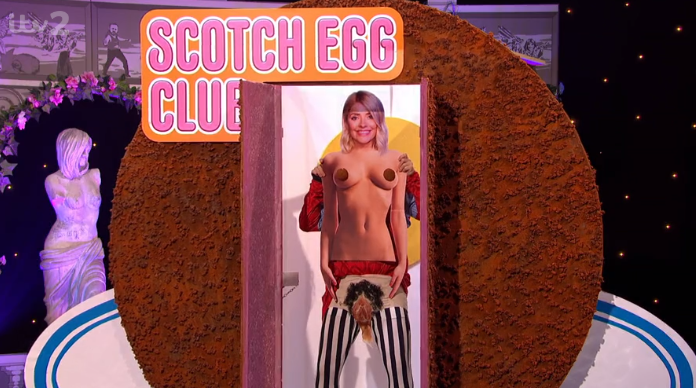 It was a buzzer round where the aim was to get into a 'club', although Holly was more concerned with a rather rude cardboard cutout that appeared to show the mum-of-three completely topless.

It was clearly the work of some clever photoshopping though, as Holly's head had been placed on someone else's naked body with her nipples covered by a pair of Scotch eggs and her down-below by pieces of ham.

Holly looked thoroughly unimpressed with the prop, while Paddy burst out laughing at the sight of it. 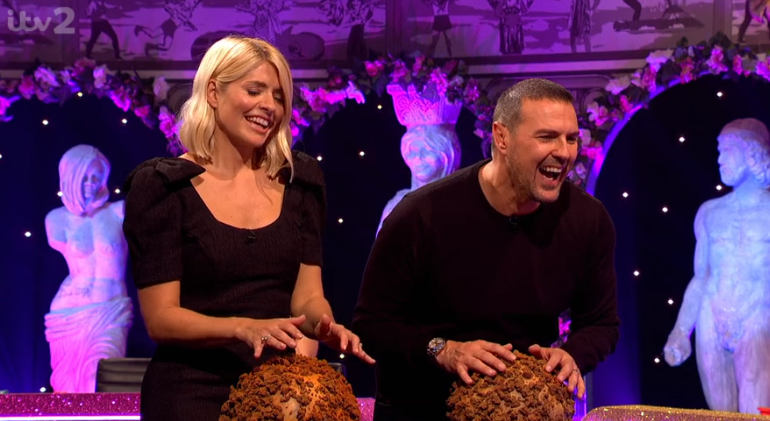 Elsewhere in the show, another ludicrous game saw poor Holly tasked with using her backside to squash a helping of prawns and avocado.

Upon learning what she had to do, Holly demanded: "Why have you given me fishy stuff?? As if this wasn't bad enough!"

That is so disgusting.

She then shrieked with disgust as she proceeded to squat over the food and rub her rear on it until it was properly mushed.

Afterwards, she tottered away in her pink jogging bottoms, now smeared with bits of prawn and avocado, and complained as the camera zoomed in on her behind: "That is so disgusting." 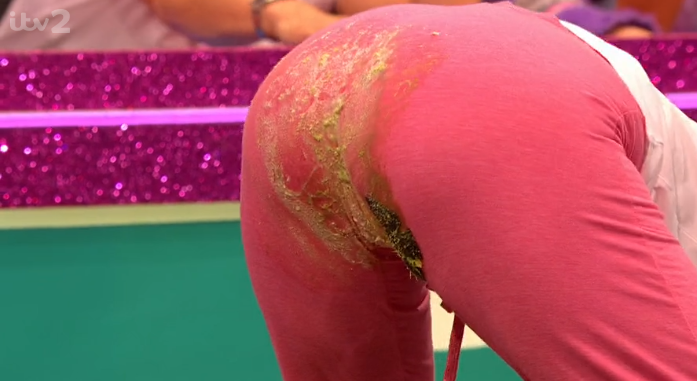 Holly has featured as a team captain on Celebrity Juice alongside pal Fearne Cotton since the panel show's launch in 2008.

In March, three months after Fearne announced her departure from the show, This Morning presenter Phillip Schofield revealed that Holly, Fearne and Keith Lemon had all formed a secret pact regarding any plans to leave Celebrity Juice.

He said the deal was that if one of them left, they would all go. But Holly admitted that she and Keith decided to stay because neither were "quite ready to stop". 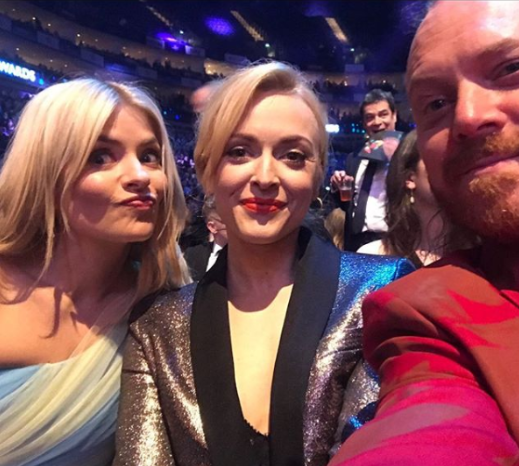 Holly's been with the show since the start (Credit: @keithlemon Instagram)

She explained: "Obviously, when Fearne said that she was leaving, it was a bit of a shock.

"I think we started together right from the beginning and it was always gonna be weird.

"What happened was, we just really enjoyed making the show still and I don't think we were quite ready for it to stop yet."