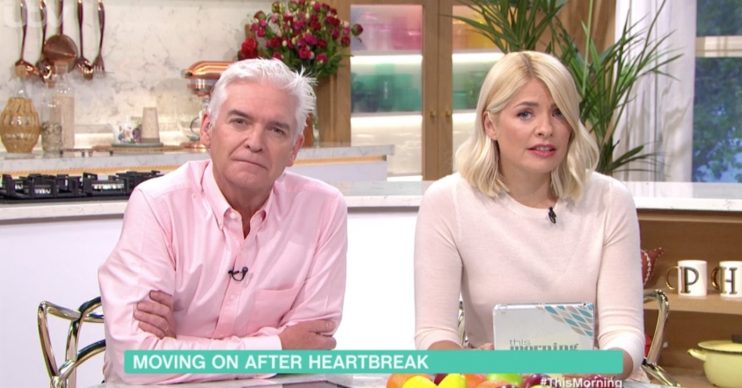 Time to move on

Holly Willoughby is known for her sense of fun on This Morning.

But the daytime TV queen showed her compassionate side when she comforted a heartbroken caller who had telephoned in to describe the break-up of her long-term relationship.

Phil and Holly joined Vanessa Feltz to give advice to people calling in who were dealing with heartache.

One viewer struggled to recount her story and explained she was finding it difficult to get closure and kick-start her life.

The caller, explained Phil, had been dumped by her partner of six years out of the blue, which forced her to move back in with her parents and give up her job.

The caller said that her ex-partner has already found another woman, and was never given a reason for the split.

Holly said: “It seems like you’re looking for that reason, it won’t make any difference to how you feel, whether you’ll find out that reason or not.”

Vanessa also chimed in with some handy advice: “His life story is nothing to do with you, you don’t have to compare it to you. You in your own time will get what’s coming to you and you’ll go out and make it happen.”

“Don’t look at him, don’t think about him. Don’t compare.”

“It’s your life, your adventure,” she added.

Vanessa also recounted a story to the caller when her husband left her.

“When I was married, I had a dining room table with a picture of me at one end and a picture of my husband at the other. When he left, I had him chopped off the table and moved on. Still use the table!”