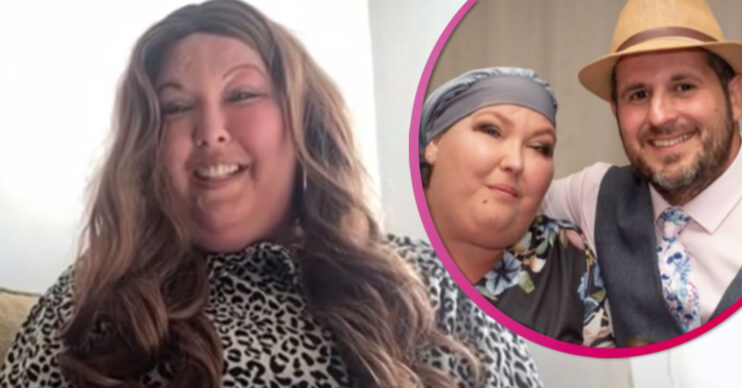 In her latest Instagram post, Heather Bone has paid tribute to her husband to mark their wedding anniversary.

This Morning competition winner Heather is battling incurable cancer and keeps her followers updated through her Instagram page.

On Wednesday, Heather shared throwback photos from her wedding as she and husband Daniel marked their anniversary.

Heather shared a beautiful photo from their special day, showing the newlyweds kissing as they cut the cake.

The next photo saw Heather in a wheelchair as Daniel put his arm around her while smiling for the camera.

Read more: This Morning: Heather Bone shares pictures from her Wake Me Up Before I Go Go farewell party

The final shot showed Heather’s stunning wedding dress as she and Daniel gazed at each other.

Heather then posted a message to her husband.

“I would say he’s my best friend but he’s a pain in my bum but I would not be without him.”

Her followers congratulated the couple on their anniversary and gushed over the beautiful pictures.

One said: “Happy anniversary to you both. Your wedding dress is beautiful Heather.”

Heather won over This Morning viewers when she won £2,000 in an edition of Dosh on your Doorstep in June.

The mum-of-two from West Sussex was diagnosed with breast cancer in 2019 and then given the all-clear just before her 40th birthday last summer.

However, later in 2020, Heather was told the cancer had returned and spread to her brain. She was told she had just months to live.

On This Morning, Heather explained she was having a farewell ‘Wake Me Up Before I Go Go’ party.

Earlier this month, she hosted the party and later appeared on This Morning to reveal details of the bash.

Heather said her friends and family dressed up for the party and they all wore different wigs.

She said: “It was nice to see people I haven’t seen for quite a long time.

Following the party, Heather said she stayed in bed the entire next day.

During the chat with Eamonn Holmes and Ruth Langsford, Heather said her speech and mobility has “deteriorated”.

A GoFundMe page has been set up to raise money to help Heather in her “final few months of life” and to help her sons after she’s gone.