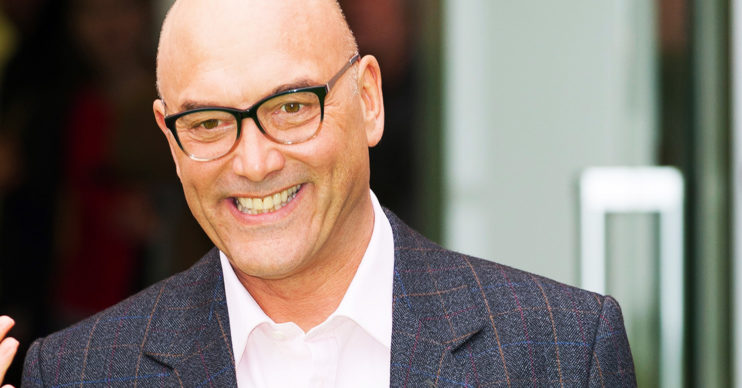 The MasterChef star has shed four stone in recent years

Gregg Wallace has flaunted his trim figure during a gruelling arm session at the gym.

The 55-year-old MasterChef judge has lost an impressive four stone since embarking on his weight loss journey – and it couldn’t have been more apparent today (August 3).

Taking to Instagram, Gregg was keen to prove to followers just how far he’s come as he trained his upper body.

The TV star was accompanied by his personal trainer, who filmed him as he completed a set of pull-ups.

Alongside the workout clip, Gregg wrote: “6am smashing arms and back with @iamdannyrai.”

The chef also uses his social media platform as a way to encourage followers to maintain healthy lifestyle.

In a separate post, he shared: “People ask about will power to lose weight. The secret is you don’t need will power.

“You need to eat the right things. That’s how I did it. Easier than you think!”

And when it comes to dieting, Gregg is all for taking a balanced approach with food.

You can lose weight without starving yourself and being uncomfortable.

“You can lose weight without starving yourself and being uncomfortable,” he recently explained.

Last month, Gregg opened up to Entertainment Daily! about his incredible weight loss.

He revealed his cholesterol battle is still ongoing after doctors warned him to reduce his levels or else he was set for a heart attack in 2013.

Gregg explained: “It was scary. My GP called me up and said look we need to do something about this before you have a massive heart attack.

“That’s what’s going to happen unless you change straight away.”

I can show you how I did it without any crazy diet ! search. ShowMe.Fit. You can link through from @greggshowme.fit. £7 a month !

He was then prescribed medication which lowered his cholesterol levels so he didn’t bother trying to lose weight.

“I took the tablets and the cholesterol went down straight away,” he added.

“But the doctors said to me, ‘Look, it’s come down rapidly from where it was but that doesn’t mean you’re in a safe place.

“To be in a safe place, we need to seriously address everything.”

Since then, Gregg has lost four stone, reduced his cholesterol and gained a six pack.

His body overhaul prompted him to create his own fitness programme, ShowMe.Fit with Gregg Wallace.

Gregg became a father for the third time last year after welcoming his son Sid with wife Anna – who is 21 years his junior.

Last month, he delighted fans with a new photo of his son as they enjoyed a walk in the sunshine.

The photo showed little Sid sitting on his dad’s shoulders as Gregg beamed for the camera.

Gregg captioned the post: “Sid and Daddy love our walks.”