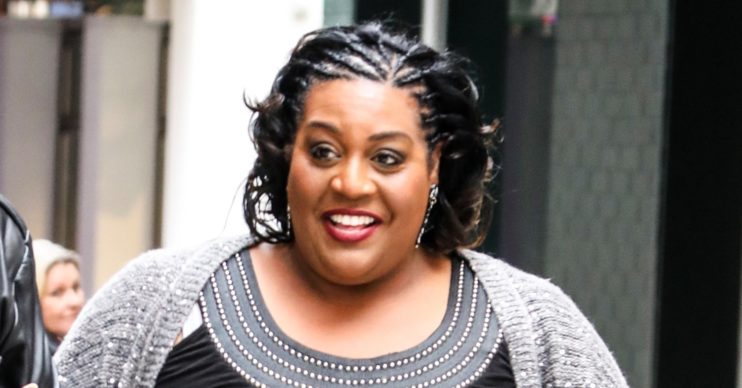 Alison Hammond was quick to comfort a fan whose dog died after she reached out to the presenter on social media.

The This Morning favourite, 45, shared some inspiration for her Instagram followers on Monday (August 3), telling them it’s okay if to have a “meltdown” from time to time.

What did Alison Hammond say to the fan whose dog died?

The post read: “Don’t forget, you’re human. It’s okay to have a meltdown. Just don’t unpack and live there.

“Cry it out. Then refocus on where you’re headed.”

Fans were appreciative in the comments, including one who said she really needed to read such positivity.

She told the daytime TV star, alongside two broken hearted emojis: “Needed this today, I lost my dog, 15 years old at the weekend.”

And Alison, never one to shy from helping others, was there to offer words of comfort.

She said: “So sorry to hear this. Grieve, my dear xx.”

Others told Alison how her post had come at the right time for them.

One said: “Such a nice thing to read Alison. My fiance kicked me and my two year old out, Friday at 10pm, in Skegness, when she was poorly. Had to drive back to Brum, got back after 1am. I needed something positive, like what you’ve posted x.”

Alison replied: “Hey there lovely, it’s only gonna get better from here on. You choose your destiny now babes. Glad you’re safe.”

Someone else wrote: “Need this today! Poorly son, no sleep and now have to throw work into the mix! Eugh, pass me all the coffee!”

Son is her ‘world’

It follows a picture Alison shared of her son, whom she called her “world”.

The former Big Brother contestant took to Instagram to post a photo of herself and the 15 year old at home, where they posed in the kitchen.

The snap showed Alison lovingly gazing at the teenager. And in the comments, fans pointed out just how much he looks like his mum.