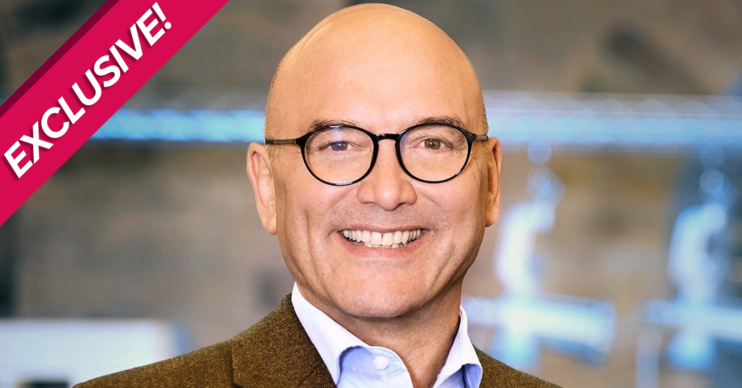 The Celebrity Masterchef star explains why he's been 'unlucky'

Gregg Wallace has revealed his cholesterol battle is still ongoing.

Back in 2013, doctors warned him to reduce his cholesterol levels or else he was set for a heart attack.

“It was scary,” the 55-year-old tells Entertainment Daily.

“My GP called me up and said look we need to do something about this before you have a massive heart attack.

“That’s what’s going to happen unless you change straight away.”

He was then prescribed medication which lowered his cholesterol levels so he didn’t bother trying to lose weight.

“I took the tablets and the cholesterol went down straight away,” he explains.

“But the doctors said to me, ‘Look, it’s come down rapidly from where it was but that doesn’t mean you’re in a safe place.

“‘To be in a safe place, we need to seriously address everything.'”

Since then, Gregg has lost four stone in weight and is in better shape than ever.

However, he still needs to take medication.

“But I’m unlucky because having high cholesterol can also be hereditary.

“So even though my diet is really good,  I still take the tablets.”

Gregg became a father for the third time last year after welcoming his son Sid with wife Anna – who is 21 years his junior.

Having another baby and a younger partner has helped him to maintain his healthy lifestyle.

“Anna has a much older husband but she doesn’t have to have an old and fat husband does she.

“Sid’s got a much older dad but there’s no reason his dad can’t kick a rugby ball round with him in the garden.

“I love my rugby – I play rugby with Sid’s older brother Tom and I want to do o it with Sid.

“So it’s a massive incentive to stay fit.”

Throughout the series, both of them have to sample the food of each contestant – and there are 20 of them.

Explaining how he maintains his weight loss despite having to eat food for a living, he admits: “I have no control over what I have to taste on MasterChef.

“So what I do is not go out for dinner that night. I just don’t have dinner.

“And remember, although I have no control over what I can eat, I do have control over how much I exercise as well as what I have for breakfast and lunch.”

While some people have been struggling with maintaining a healthy lifestyle during lockdown, Gregg using the extra time at home to. his advantage,

“It’s the only time in 20 years where I’ve had complete freedom of  everything I eat and drink,” he adds.

“Even when I’m not doing. MasterChef, I’m on location eating from. hotel menus.

“Now, I have the absolute luxury of being able to shop and buy the food I really want to eat – it’s brilliant!”

For those not finding it so easy, Gregg has launched a new fitness website called ShowMe.Fit with Gregg Wallace.

It’s packed with healthy recipes he put together with his wife Anna, exercise plans from his own personal trainer Danny Rai, diet tips from nutritionist Katharine Bright, and advice on motivation from psychologist Dr Kevin Dutton.

“This is exactly how I lost weight,” he adds. “Just make gradual changes.

“You never have to feel uncomfortable or hungry or consider what you’re not eating.

“I want to show you how to do this and maintain those changes forever.”