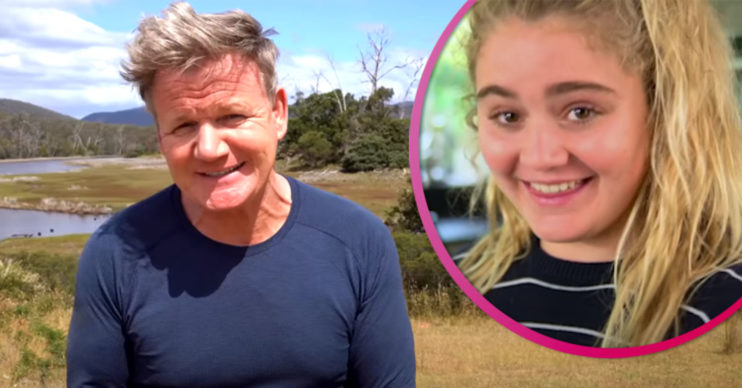 His kids currently call themselves the fab five!

Gordon Ramsay proved just what an amazing dad he is as the tears flowed watching daughter Tilly on Strictly Come Dancing last night.

And the 53-year-old has just revealed that he and wife of 25 years, Tana, 47, would like to add to their brood.

He told You magazine: “We discussed having another baby. I said it was a great idea. She said: ‘Well, let’s start planning’.

“So I’m like: ‘Oh my god, just pause for two seconds. I’m going to be the oldest dad at school, what’s going to happen on sports day?’

“But it’s something we’d still consider, because it’s been such a joy spending time with Oscar.

In total at the moment, the couple have five children together – and they very cutely call themselves the fab five!

How many kids does Gordon Ramsay have?

Gordon and Tana’s eldest child is daughter Megan, 23, followed by twins Jack and Holly who are 21, then 19-year-old Matilda –  Tilly – and little Oscar, who is just two.

In 2016, Tana suffered a miscarriage and lost son, Rocky.

Last year Megan shared an adorable photo of the siblings all piled in together and captioned post: “Fab five.”

Where do Gordon Ramsay and his family live?

The multi-millionaire has homes in London and Los Angeles – and Cornwall, where he spent much of lockdown.

Gordon and Tana made massive renovations to the impressive coastal property, including an outdoor pool, a wine cellar and a boat house – it’s thought to be worth £6million.

He landed himself in hot water with locals however, when he was accused of taking a 60-mile bike ride around Cornwall, and enjoying long family walks when the country was restricted to just an hour’s outdoor exercise per day.

In typical Gordon style he took it on the chin and, when asked back in London what he was most looking forward to when lockdown finally came to an end, he joked: “Getting back to see my [bleep] neighbours in Cornwall.”

Read more: Gordon Ramsay will not be leaving his fortune to his kids

** This article was updated on October 3 2021 to include details of Gordon discussing the possibility of having another child.