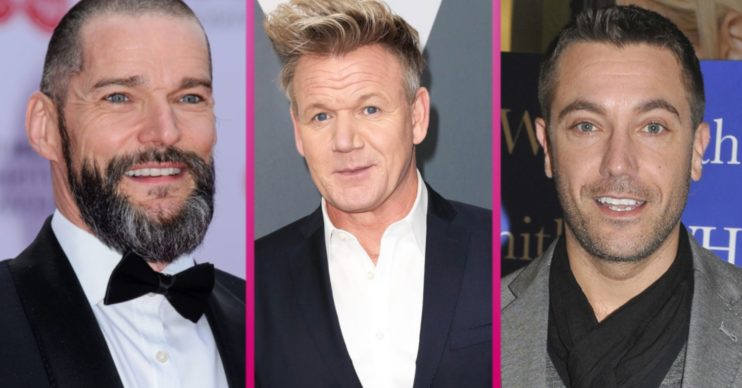 Fred Sirieix has tickled Road Trip fans with a series of hilarious pics showing him and his co-stars larking about.

The First Dates star, 48, shared five snaps earlier today (Sunday, August 16) and it is clear he is longing to see his pals again.

And although a potential series three looks like it would have to be delayed, fans eagerly enjoyed their fix of the three foodies on Instagram.

Tagging the others in, Fred captioned the series of images: “I miss the boys so much.”

Gino soon replied in the comments section: “Miss you too!”

I miss the boys so much.

The first image shows them having a laugh with two showgirls in a wild selfie.

The second depicts Gino holding Fred down as Gordon poured drink from a bottle into his mouth.

In the third, Gino and Fred are seen laying down on the Hollywood Walk of Fame… but it appears the cheeky pair managed to fit their own names in on the pavement with some gold paper letters.

The fourth shows them as a group on Route 66 and the fifth pic is a close-up of the three in miniature figurine form.

When will there be a third series of Road Trip?

Fans hailed them all as telly faves – and many expressed hope a third series would eventually be made.

“Absolutely amazing series so funny. Hopefully we won’t have to wait to long to see you three on TV together again,” one fan wrote.

Another person remarked: “Hilarious, fab programme do it again ASAP, loved it.”

“We need a new series please,” requested someone else.

And a fourth person contributed: “Absolutely love you guys to together, you are so naughty. Can’t wait for the next series.”

Back in May, it was reported to be unlikely that a possible third series could be made this year.

A source told The Sun: “Gordon, Gino and Fred’s latest road trip was going to see them heading to Nepal.