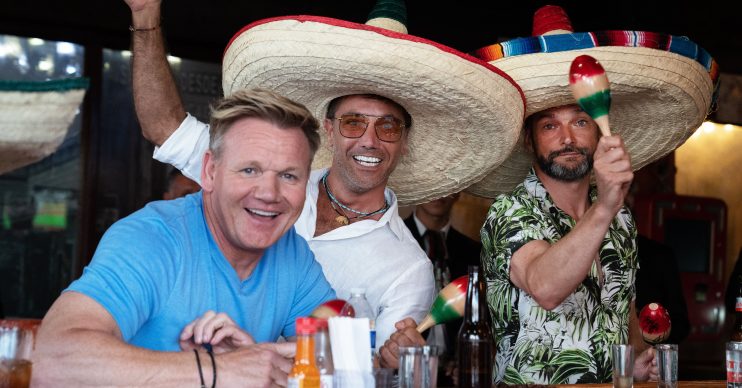 The trio are due to travel to Nepal

It’s been one of the most popular shows of the year, but Gordon, Gino and Fred: Road Trip won’t be back on ITV any time soon.

In a crushing blow for millions of viewers, the network is reportedly being forced to delay the proposed new series in and around Nepal due to coronavirus.

When the latest (second) series came to an end last month, after the lads’ triumphant jaunt around the West Coast of America, ITV announced the third series.

But the brakes are now well and truly on that road trip.

When will there be series 3 of Gordon, Gino and Fred: Road Trip?

“Gordon, Gino and Fred’s latest road trip was going to see them heading to Nepal,” a source told The Sun.

Gordon could try to make friends with the residents of Cornwall after upsetting them during lockdown!

Gordon, Gino and Fred: Road Trip began in 2018 and saw the two chefs and Maitre D travelled to Italy, France and Scotland so they could each show off their homelands.

The second series, which aired April 2020, took them to Mexico, San Francisco, Las Vegas and Nevada, and Texas.

This most recent run in particular was a huge success with viewers. In fact the only complaint was that the 30-minute episodes were just too short and the series wasn’t long enough.

Highlights included Gino getting high, he and Fred stripping butt naked in front of Gordon’s mum and goat yoga.