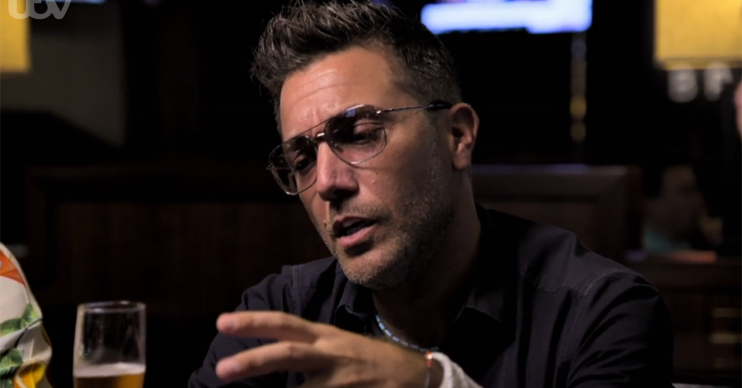 Viewers were in hysterics over Gino D’Acampo on last night’s episode of Gordon, Gino and Fred: Road Trip.

Gino, Gordon Ramsay and Fred Sirieix are travelling across Mexico and the United States in the ITV series as they try different foods and drinks.

On Thursday night’s episode (April 9), the trio travelled around California and Arizona as they accepted a challenge from Gordon to make their own burger.

During the show, Gino made a joke that left many viewers in hysterics.

The group visited a restaurant, Bardot Brasserie, in Las Vegas and tried a $777 (£623) burger.

‘Champagne and a burger is like a fat girl in a thong’ – Gino D’Acampo, pure class.

Gordon claimed the burger would “blow their minds” and Gino joked: “No, that’s going to blow my wallet not my mind.”

As they sat down, the trio were treated to a glass of luxury champagne.

That’s when Gino said: “Having champagne with a burger is like when you see a fat lady wearing a thong.”

As Fred and Gordon laughed, Gino added: “Nothing wrong with that… it is still OK.”

One person said: “‘Burger and Prosecco is like a fat woman in a thong’ nice one Gino.”

Another tweeted: “Champagne and a burger is like a fat girl in a thong – Gino D’Acampo Pure class.”

A third wrote: “Champagne with a burger is like a fat lass with a thong. Eee I’m creased.”

Champagne with a burger is like a fat lass with a thong. Eee I'm creased @Ginofantastico @GordonRamsay @fredsirieix1 #GordonGinoAndFred

However, one person said: “‘Is it like when a fat lady wears a thong?’ Thanks for that comparison, Gino.”

After the trio tried the expensive burger, Gordon said: “I can feel my arteries clogging up.”

Fred added: “It’s alright, but I just can’t compute the price and the taste.”

Gordon said: “It is disgustingly expensive but it is bloody delicious.”

However, Gino was having none of it and ran away leaving Gordon shouting after him.