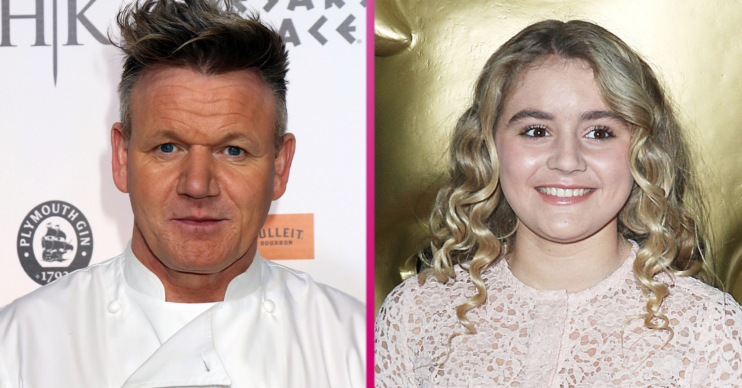 Tilly – as she is affectionately known – is a chip off the old block and already known at just 19 for her impressive cooking skills.

But can she cut it on the dance floor?

She was apparently due to participate on last year’s Strictly but was forced to pull out after breaking her arm.

Strictly bosses are said to be delighted that they have managed to secure her for this autumn’s run.

A source told The Sun on Sunday’s Biz on Sunday column: “It’s a great sign-up as Tilly has proved a hit with youngsters.

“And Strictly bosses are desperate to attract more young fans to the show.

“It will be great to have Gordon sitting in the audience supporting as well, though he’s bound to scare off any pros hoping for a Strictly romance.

“Tilly’s really excited and can’t wait to throw herself into rehearsals.”

Tilly had to abandon plans to do the show last year after falling off a seesaw and breaking her arm.

Read more: Gordon Ramsay won’t be leaving his fortune to his kids

A source said last year: “Tilly was geared up for this year’s show but won’t be better in time for filming.

“It’s a huge blow for her as she was hugely excited about taking part.

“And it’s a headache for BBC bosses, who thought signing Tilly was a coup, with her famous dad and his pals bound to back her.

“Tilly has been told by doctors her arm won’t be fixed in time. There was talk of her taking it day-by-day.

“But ultimately it’s not worth pushing her if she’s not going to be healed. She’s been assured next year talks will resume if she is still up for taking part.”

Tilly has already made a name for herself in the showbiz world with TV show Matilda and the Ramsay Bunch and is keen to prove she is more than just ‘Gordon’s daughter’.

Are you excited about the new series? Leave us a comment on our Facebook page @EntertainmentDailyFix and let us know!