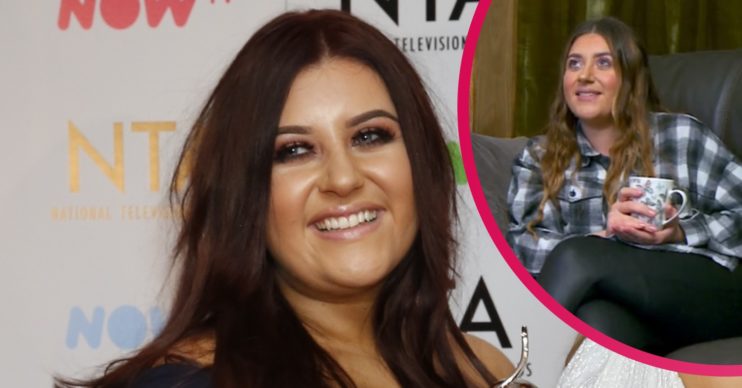 She stars alongside sister Ellie

Gogglebox star Izzi Warner unveiled her new hair style on social media this week and it had everyone asking how she achieved the look.

Taking to Instagram, the TV star – who appears on the Channel 4 reality series alongside sister Ellie – impressed fans with her new do.

The selfie, posted on Tuesday (December 8), shows the TV star with her brunette hair in waves.

In the caption, she joked that it was a “lazy” hair style as it was easily achieved.

Izzi wrote, along with a laughing-crying emoji: “Love a lazy wavy hairdo. Wash it, plait it, leave it, job done.”

Fans ask how the Channel 4 star achieved the look

However, in the comments, her fans had questions about how she got her hair to look so effortlessly lovely.

One asked: “What do you use to hold the wave?”

Another said:”Hope you don’t mind me asking but is that your natural hair? Or do you use extensions?”

Love a lazy wavy hairdo. Wash it, plait it, leave it, job done.

Some joked that they can’t get it right, with one commenting, “Mine turns into a frizz bomb if I do that” and another writing, “Love it, mine just goes frizzy”.

A fifth asked her: “Love it, do you plait it wet?”

The star confirmed: “Yes, plait it wet! I’d have no chance, otherwise my hair is poker straight!”

Others in the comments told Izzi she looked “gorgeous” and “stunning”.

Izzi and Ellie are fan favourites on Gogglebox and never fail to stir viewers up on social media with their antics.

In September, the pair seemed to divide the nation when they discussed having cups of tea with fish and chips.

The Leeds-based pair spoke about enjoying a cuppa with the classic British dinner, but the idea disgusted a number of those watching at home, who thought it was revolting.

Later in the series, they had viewers gagging when they talked about their toilet habits, with Izzi saying she won’t let her partner come anywhere near the bathroom when she’s having a number two.

Ellie, on the other hand, admitted she will happily poo with the door open – and chat with her partner while doing it.