Gemma Collins has confirmed Brian McFadden is "staying in" Dancing on Ice - and admits she would've quit if he had left the competition early.

The 38-year-old star was delighted to see the former Westlife singer, who is suffering from a back injury, return to training on the ice yesterday, and insisted she would leave the show if the 38-year-old singer had to pull out. 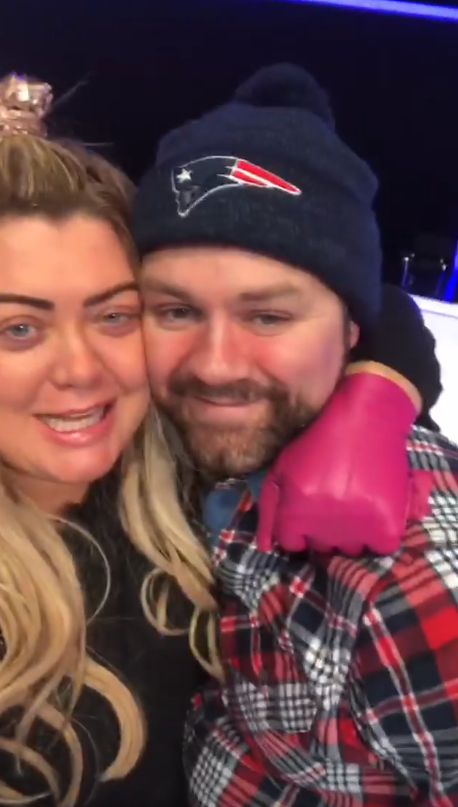 Gemma was happy to see Brian return to the ice (Credit: Instagram @gemmacollins1)

Gemma took to her Instagram Stories to document one of her training sessions, and as she was skating she spotted the If I Let You Go hitmaker gliding on the rink, before shouting: "Brian, you're back!"

She then said: "I am so delighted that Brian is staying in the competition, because if Brian wasn't in it I was about to hang up my boots and say goodbye."

Brian joked: "Don't say that, the judges might kill me to get rid of you."

The singer confirmed his back is still feeling "sore", but he is determined to "get by".

However, Gemma's chat with Brian interrupted Saara Aalto's training with her partner Hamish Gaman, and the Only Way is Essex star had to leave after becoming a "disruption".

I am so delighted that Brian is staying in the competition, because if Brian wasn't in it I was about to hang up my boots and say goodbye.

Speaking about the pro skater, she said: "The Prince of the Ice is telling me I'm being a disruption and I've got to go. Sorry, darling. Sorry, Saara Alto, I'll go."

Earlier on Thursday, Gemma treated herself to some rest and relaxation at spa resort Champneys.

She said: "I am here to rest for a few hours, do some nice country walks, before I take to the ice." 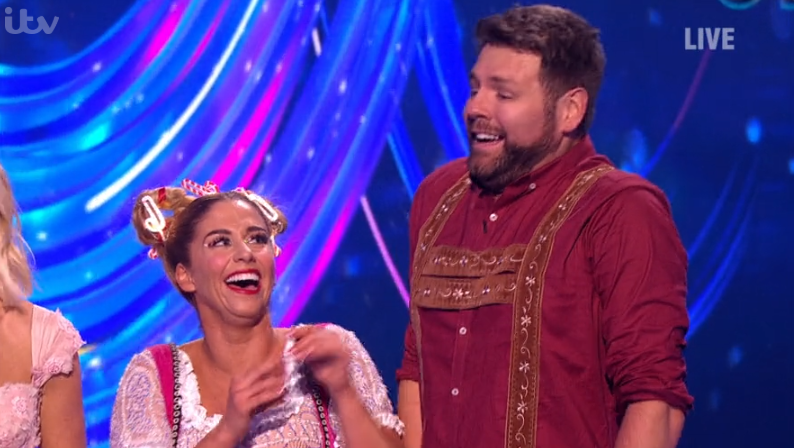 Brian will be performing on this Sunday's show (Credit: ITV)

Brian looks set to perform on Sunday's (10.02.19) show, despite previous concerns his injury might put him out of action.

A spokesman for the ITV show said: "Brian has a bad back and is currently being monitored by our show physio."

Elsewhere on the ice this week, Gemma hired a psychic to rid the rink of negative energy after she took a tumble during a live performance late last month.

She said: "I've brought a psychic into the ice today to cleanse the energy for my performance on Sunday.

"There's very bad energy in this corner and it's affecting the performance. We are gonna banish out all the bad energy for this Sunday. Hell yeah!"