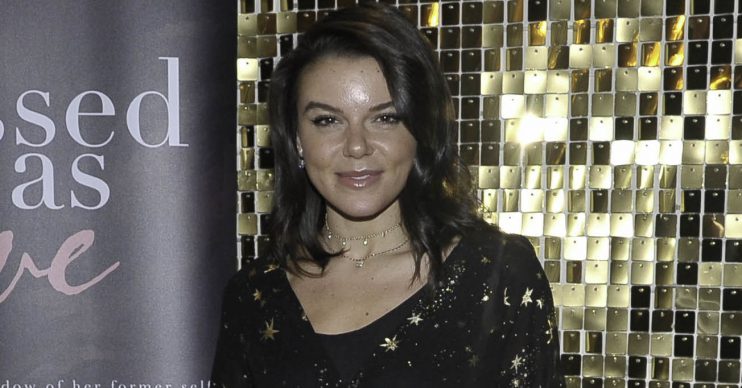 Could this be a new beginning?

Faye Brookes has made her first red carpet appearance with her personal trainer three months after she split from Gareth Gates.

The pair are said to have bonded over their mutual love of fitness.

Faye looked stunning in a black outfit and a red lip as she posed next to Joe.

Earlier this year, a source claimed Gareth was “heartbroken” over claims Faye had grown close to Joe.

The insider told The Sun: “Poor Gareth [was] absolutely heartbroken.

“He’s in pieces. Towards the end of their relationship, Faye started having mysterious late-night gym sessions and saying she was out with new gym pals.

“About five weeks ago they had a blazing row, and Gareth confronted Faye about Joe. He felt something wasn’t right, though she insisted they were friends.”

Towards the end of their relationship, Faye started having mysterious late-night gym sessions and saying she was out with new gym pals.

At the time, Faye ensured fans she didn’t have a new boyfriend.

She wrote on Twitter: “I’ve been throwing myself into the gym pretty much every day, anyone who knows me knows how much I love training and keeping fit!

“So there was a pap outside the gym when I got there, taking pictures of me and getting very excited with his camera because I walked in with one of the trainers from the gym – who is a friend.

“I imagine that suggestions could be made from these pics that there is more to this. There isn’t. Just let a girl be please.”

#worldmentalhealthday • • • Stay strong your story isn’t over yet…

Even though Faye is enjoying nights out with Joe, it appeared Gareth may have moved on, too.

The former Pop Idol star, who was in an on/off relationship with Faye for seven years, was recently seen leaving his sister’s birthday party arm-in-arm with a mystery brunette.

The Sun reported that they headed to another club, where they partied for the remainder of the night.

He later revealed that the mystery woman was, in fact, a family friend.

Faye and Gareth decided to go their separate ways in August when they called off their engagement and ended their relationship.

A source close to the former couple told the Manchester Evening News: “Faye and Gareth are both extremely sad about their relationship ending.

Read more: Corrie’s Faye Brookes parties at Pride as she puts split from Gareth Gates behind her

“They still care very much about each other and want to remain friends, but the wedding has been called off.

“They tried to make it work but sadly it’s not meant to be.”

News of their split came just months after Faye insisted they would “never take each other for granted again”.