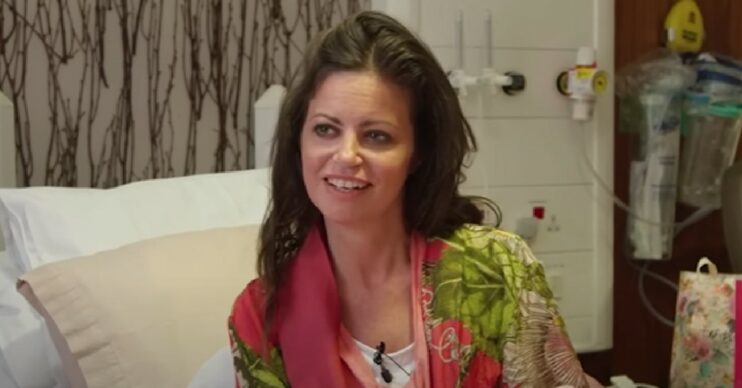 Deborah said she's 'blown away' by the honour

Deborah James has been made a Dame by the Queen after raising millions for Cancer Research.

On Monday, the star – known as Bowel Babe on Instagram – revealed she’s receiving hospice care at home amid her bowel cancer battle.

Since then, the You, Me and the Big C podcast host, 40, has raised more than £4million through her Just Giving page.

Deborah James made a Dame

On Thursday (May 12), Number 10 confirmed that Deborah will receive a damehood.

A statement read: “The Queen has been pleased to approve that the honour of damehood be conferred upon Deborah James.”

Prime Minister Boris Johnson also said: “If ever an honour was richly deserved, this is it.

“Deborah has been an inspiration and her honesty, warmth and courage has been a source of strength to so many people.

“…she has ensured countless others with the Big C have not felt alone.”

Reacting to the news on her Instagram Stories, Deborah said: “Blown away and crying at the honour.”

It comes after Prince William and Kate Middleton sent a special message to Deborah and reportedly made a donation to her Bowel Babe Fund.

In a message on Twitter, the Duke and Duchess of Cambridge said: “Every now and then, someone captures the heart of the nation with their zest for life and tenacious desire to give back to society.

“@bowelbabe is one of those special people.

“Her tireless efforts to raise awareness of bowel cancer and end the stigma of treatment are inspiring.”

The royal couple added: “We are so sad to hear her recent update but pleased to support the @bowelbabef, which will benefit the @royalmarsdenNHS among others.

“Deborah, our thoughts are with you, your family and your friends.

“Thank you for giving hope to so many who are living with cancer. W & C.”

On Monday, Deborah told her followers that her active care has stopped.

She said she’s moved to hospice at home care, surrounded by her family.

She said: “The focus is on making sure I’m not in pain and spending time with them.

“Nobody knows how long I’ve got left but I’m not able to walk, I’m sleeping most of the days.”

Read more: The Games: Who is Chelcee Grimes’ partner and what is she worth?

Deborah added: “My whole family are around me and we will dance through this together, sunbathing and laughing (I’ll cry!!) at every possible moment!”