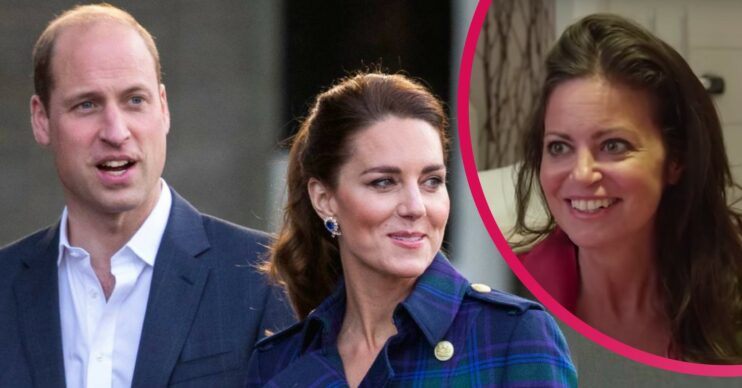 Said she has 'captured the heart of the nation'

The royals have hailed the campaigner’s “tireless” efforts for bowel cancer awareness.

Deborah, 40, is currently receiving hospice care at home after a lengthy fight with the condition.

But the mum-of-two is believed to be “blown away” by her message from the Cambridges.

Furthermore, the royals have reportedly donated to Deborah’s Bowelbabe Fund, which has raised over £3.5 million.

The Royal Marsden hospital in west London, where Deborah has received treatment and William is a patron, is one of the beneficiaries of her fund.

Deborah James gets message from Will and Kate

A tweet from the Cambridges’ account last night (Wednesday May 11) praised the You, Me & The Big C presenter as “inspirational”.

It read: “Every now and then, someone captures the heart of the nation with their zest for life and tenacious desire to give back to society.

“@bowelbabe is one of those special people. Her tireless efforts to raise awareness of bowel cancer and end the stigma of treatment are inspiring.”

Another tweet continued: “We are so sad to hear her recent update but pleased to support the @bowelbabef, which will benefit the @royalmarsdenNHS among others.”

“Deborah, our thoughts are with you, your family and your friends. Thank you for giving hope to so many who are living with cancer. W & C.”

Thank you for giving hope to so many who are living with cancer.

Reacting to the heartfelt message from William and Kate on Instagram stories, Deborah wrote: “Blown away by this.”

‘Nobody knows how long I’ve got left’

Earlier this week, Deborah told supporters her active care has been discontinued.

In a heartbreaking announcement, she revealed her body “simply isn’t playing ball” despite ‘trying everything’.

She wrote on Instagram: “The focus is on making sure I’m not in pain and spending time with them.

“Nobody knows how long I’ve got left.”

Deborah concluded: “Right now for me it’s all about taking it a day at a time, step by step and being grateful for another sunrise.

“My whole family are around me and we will dance through this together, sunbathing and laughing (I’ll cry!!) at every possible moment! You are all incredible, thank you for playing your part in my journey. No regrets. Enjoy life.”