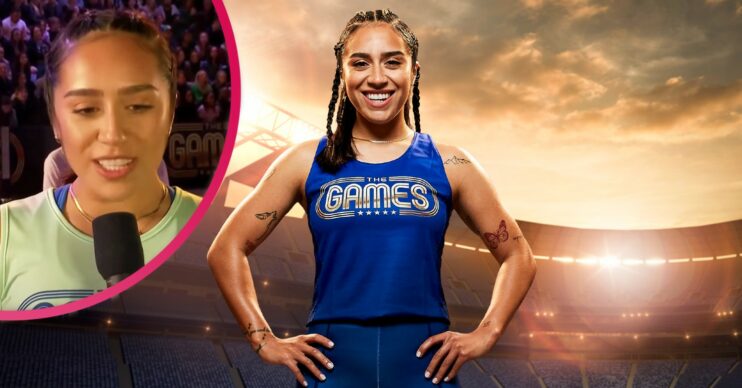 The Games: Who is Chelcee Grimes’ partner and what is she worth?

Chelcee Grimes is really making her mark on ITV’s The Games and she’s undeniably an impressive woman.

The TV star is also a footballer who has played professionally for many teams, AND an accomplished singer.

Who is Chelcee Grimes?

Chelcee Grimes is a singer-songwriter and has written music for various artists including Dua Lipa, Little Mix and Olly Murs.

She’s also written her own songs such as Just Like That, Mother and Wild with Jonas Blue.

But her talents don’t stop there, she’s also a professional footballer.

Read more: The Games on ITV: Who are the contestants, what challenges are there and how many episodes

Chelcee started playing football at the age of 10 for Liverpool Ladies and has since played professionally for Everton, Tottenham Hotspur, Tranmere Rovers, Fulham and Merseyrail Ladies.

The 29-year-old also works in broadcasting, presenting the BBC’s coverage of the 2019 FIFA Women’s World Cup and Match Of The Day spin-off MOTDx.

She also has her own BBC Sound podcast called Building Queertopia and recently appeared on Freeze the Fear with Wim Hof.

How old is Chelcee Grimes?

She is from Aigburth which is a suburb of Liverpool, England.

Does Chelcee Grimes have a partner?

As far as we know, Chelcee Grimes is single.

In an interview with Gay Times, in 2019, Chelcee identified herself as bisexual.

However, it wasn’t meant to be and the pair split in October 2019.

How much is Chelcee Grimes worth?

Well, the young star has amassed quite the fortune – her worth has been estimated to be at £1.2million.

And she’s worked damned hard for every penny she has!

What happened to Chelcee Grimes’ dad?

Chelcee’s dad died of a heart attack. She has previously opened up about how he was shot in his car, when she was just four years old and by his side.

She revealed on Freeze The Fear With Wim Hof: “My dad, he got shot basically, but I was in the car with him.

He passed away just a year later.

Chlecee added: “It’s the only memory I have (of him). But I wish I had just one good memory that I can see.

“I close my eyes sometimes and really try and think about anything nice, I have pictures and we’re on holiday, but I can’t remember anything apart from that, but that’s obviously trauma.”

How do you think Chelcee Grimes is doing on The Games? Leave us a comment on our Facebook page @EntertainmentDailyFix and let us know what you think of our story.