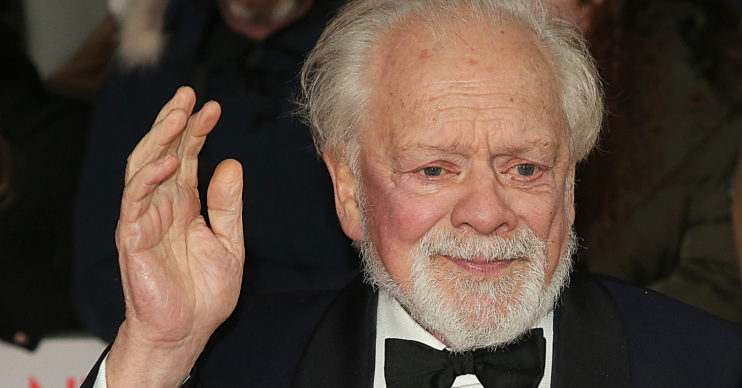 Users flocked to the social media platform to check that the actor wasn’t poorly – or worse – had passed away.

Others feared that he was caught up in some kind of controversy.

One user tweeted: “Did anyone else see David Jason trending and think it had to be the Grim Reaper?”

Saw David Jason was trending, and was in a proper panic until I checked he was okay
2020's been bad enough, you are not taking a national treasure n all !! pic.twitter.com/7yGjywedsh

Another user shared: “Every time I see David Jason trending I get scared. A national treasure! Who I wish could live forever!”

A third user posted: “When you see David Jason is trending and you see it’s not because he has passed … the man’s a national treasure!”

And a fourth penned: “Seen David Jason trending. Can’t lie I near cried.”

When you see David Jason is trending and you see it’s not because he has passed … the man’s a national treasure!

Thankfully, the legendary star is alive and the jury remains out as to why his name trended.

One Quiz group claimed it is because they shared an image of him as a young man.

Your starter for 10…
First ten people who guess our daily mystery celebrity get a mention for kudos. One guess only and no googling. Answer at 10pm. Best of luck. #ATSocialMediaUK #UKHashtags pic.twitter.com/tblRhj8hAH

These fears come just over a week after royal fans were left terrified that Queen Elizabeth II had passed away.

After her name trended on Twitter, royalists feared for the absolute worse.

Again, the exact reasoning behind the trend remains unconfirmed.

However, Buckingham Palace confirmed that she too remains alive and well.

“Almost had a heart attack”

She attended her granddaughter Princess Beatrice’s wedding at the weekend, just a week after the hoax.

These false fears have prompted many Twitter users to demand some kind of safety measure is put in place.

Many have argued that a warning should be put in place when a famous person’s name trends.

One user argued: “Almost had a heart attack when I saw David Jason trending. @Twitter, can I raise a feature request for some indication of whether someone treading is alive or not?”

And another claimed: “David Jason trending… about f***ing time Twitter started putting (not dead) next to people’s name.”

In fact, not only is David very much alive and well, he is far from retired.

Despite his grand age, David continues to work and was even spotted filming for a documentary last week.

Visitors at RAF Coningsby, Lincolnshire, were left stunned as the octogenarian filmed there on Thursday.

Filming for an upcoming documentary on the Battle of Britain, fans soon turned up.

One delighted fan told Lincolnshire Live: “I got wind he was there and was like: ‘Oh my God.’

“I am a big fan. I didn’t speak to him but he did say hello and waved at people.”