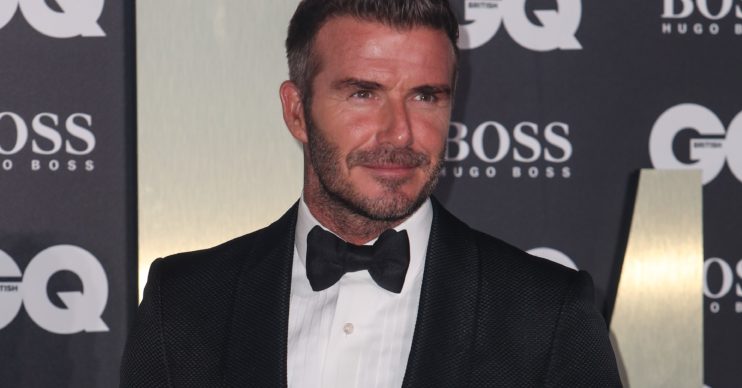 The Beckhams are just like the rest of us!

David Beckham has reportedly been buying tubs of Big Mac Special Sauce on eBay during lockdown.

The 45-year-old star and his wife Victoria, 46, have been at their Cotswolds mansion amid the health crisis. They’ve decided to spice up their lockdown experience by having the tasty dip delivered to them.

A source told The Sun newspaper: “Everyone has been missing their special thing during lockdown and clearly this is one of the Beckhams’.

“The family are big fans. They’ve got in quite a lot to keep them going for a while. It shows they’re a down-to-earth family despite their lavish lifestyle.”

McDonald’s launched the dip earlier this year, and the Beckhams are seemingly huge fans of the new flavour.

Meanwhile, David recently admitted that the one “silver lining” of the lockdown has been that it’s allowed him to spend more time with his family.

Speaking during the Global Citizen One World: Together at Home event, David – who has Brooklyn, 21, Romeo, 17, Cruz, 15, and Harper, eight, with Victoria – explained: “It’s great to join you for this amazing event.

“If there’s any silver lining to come from this situation it’s to spend time together as a family and for that we are grateful.

“We know there are people out there risking their lives to keep us all safe, we want to join with all of you to say a massive thank you to them.”

Global Citizen One World: Together at Home was curated by Lady Gaga. It was in support of healthcare workers on the frontline during the crisis.

During the event, Victoria also voiced her admiration and support for healthcare workers around the world.

She said: “Our thanks goes to all the healthcare workers all around the world who are working so so hard leaving their families to go to work to protect us and their children.”

Victoria had come under fire for reportedly furloughing her staff during lockdown.

Piers Morgan hit out at her over the decision. But she subsequently changed her mind and decided against the move.

A spokesperson confirmed to Entertainment Daily that Victoria believed she could “navigate the crisis” without using the furlough scheme.