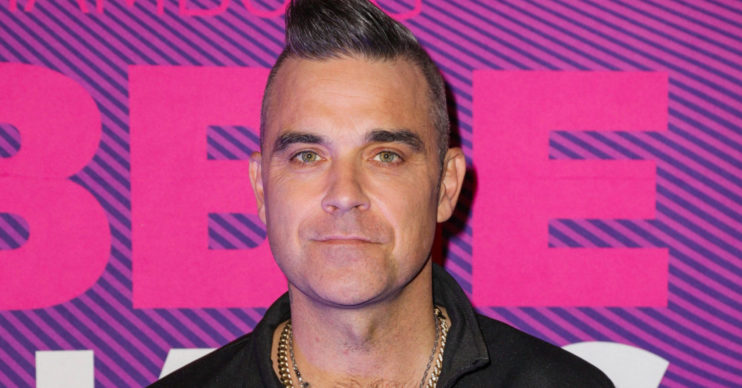 It's been a tough time for his entire family

Robbie Williams has revealed he suffers from moments of “fear and panic” following his dad’s Parkinson’s diagnosis.

The 46-year-old singer recently opened up on his dad’s health, explaining his family have “a lot of issues” at the moment.

Robbie – who is currently living in Los Angeles – says it’s been tough in lockdown, especially with his dad Pete, 70, being so far away.

Meanwhile, Robbie’s wife Ayda Field is also dealing with family struggles of her own after her mum was diagnosed with Parkinson’s and lupus last year.

He told The Mirror: “We’ve got a lot of family issues right now. My dad has got Parkinson’s, my mother-in-law who I love dearly has got a very big illness.

“We can’t get to them. My dad is thousands of miles away.”

He continued: “My mum is just a year short of 80 and she’s in isolation and I can see the things whirling in her mind and her eyes going.”

To make matters worse for the pop star, Robbie feared his recent struggles could potentially trigger his past problems with depression and substance abuse.

“I noticed at the start of the lockdown that I was going into fear,” he added.

“But the difference between me now and the person I used to be… I saw it, thought ‘That’s interesting – tomorrow will be different’. And it was.

“Whereas before I used to think that I’d feel that way for a decade.”

Robbie – who shares four children with Ayda – has always been open about his struggles, having previously revealed he met his wife straight after sleeping with his drug dealer.

His comments come shortly after the singer teased fans with a potential Take That reunion.

Speaking on talkSPORT, Robbie told listeners: “I’ve just figured out that, and here’s a sombre thought for you all, I’m 46.

He added: “Will one of those be Take That? I don’t know… but I will hazard a guess and say ‘yes’.

“But I’ve got so many ideas I want to do and so many things I want to fulfil. I know what I am doing for the next five years, and it doesn’t involve Take That.”

Robbie also clearly stated he did want to do “another gig” with his bandmates. He last performed with them on 2010 album Progress.

However, earlier this week it was revealed Robbie would be reuniting with Gary Barlow, Mark Owen and Howard Donald on Friday, May 29, for a gig from their homes to support front line workers.