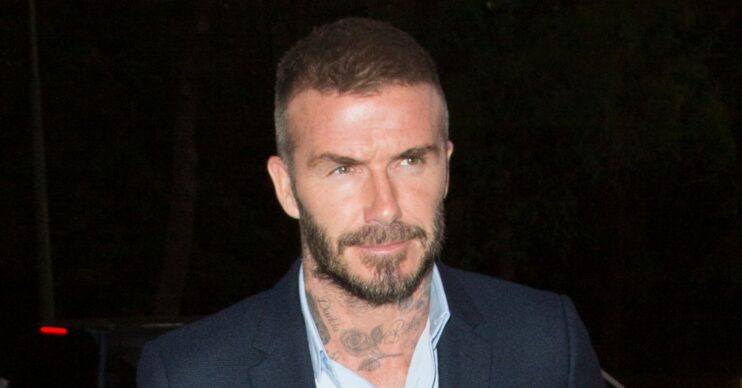 The 46-year-old former footballer showed off the result after heading to the hairdressers with his sons.

In his latest Instagram snap, David was seen posing with Romeo and Cruz as he modelled his fresh peroxide blonde hair.

Alongside the shot, David penned: “Sometimes the boys need reminding who did it first in the 90’s. By the look on their faces they are not to pleased about it #DadDidItFirst @joshwoodcolour.”

The dad-of-four added: “Don’t worry boys it will be gone in a few weeks @romeobeckham.”

How did fans react to David Beckham’s new hair?

But it appears fans loved the look!

One wrote: “You can have any style and still look good.”

A second added: “His kids shouldn’t even try! You can’t be cooler than your dad! It’s impossible!”

Another gushed: “Love it!! Hottest dad ever!!”

However, one seemed unimpressed with the star’s new look.

You can have any style and still look good

The fashion designer, 47, commented: “Dad did do it first and it looks even better this time round!!!!”

David and Victoria celebrate their anniversary

Marking the occasion, David shared a string of pictures on Instagram showing the couple dressed in matching outfits.

“22 years later, still matching outfits,” he wrote, alongside a crying with laughter emoji.

David then added: “Happy anniversary love u so much and thank you for giving me our amazing kids so we can all wear the same.”

The couple have welcomed four children during their marriage – Brooklyn, Romeo, Cruz and Harper.