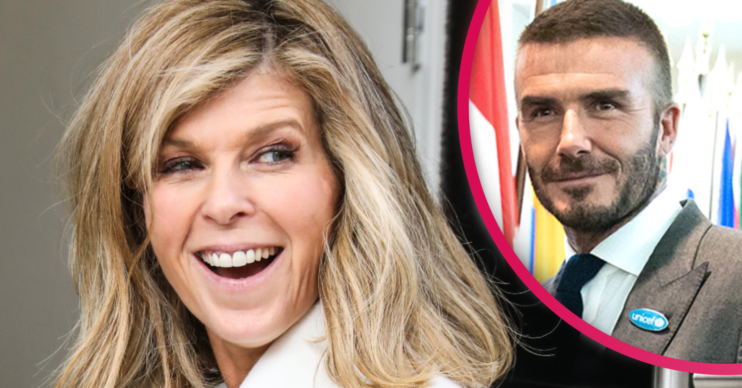 What a lovely gesture from Becks

In the latest Kate Garraway news, she has revealed that former England football captain David Beckham sent her children personal messages of support during her husband Derek’s Covid battle.

What is the latest news about Kate Garraway and husband Derek?

Kate’s husband Derek became ravaged by coronavirus during the first wave and spent the best part of a year in a coma and then in hospital recovering.

In her book Kate Garraway: The Power Of Hope – which is being serialised by the Mail on Sunday – she describes the moment footie star David, 45, took the time to send messages of support.

Read more: Kate Garraway reveals moment husband Derek was put into coma before he could speak to kids

“I hadn’t had the chance to look at social media so it was Darcey and Billy who spotted it and squealed with delight,” she said.

“I messaged him back, thanking him and saying the kids were thrilled.

“He sent a personal video to each of them – words of encouragement and fun. He said he’d been thinking of his own kids and how they might feel.”

When did David send the messages?

David sent Darcey and Billy the messages via Instagram.

He made the kind gesture soon after doctors put Derek into a medically-induced coma.

Lifting the lid on Derek’s illness

Kate’s book lifts the lid on a nightmare year for the family.

In it, she described the moments during the worst of Derek’s illness.

She said: “And then I read his next text, just to me this time: ‘OK, not for the kids. I’ve been playing down how really awful it is.

“‘I think they now may want to put me to sleep.’