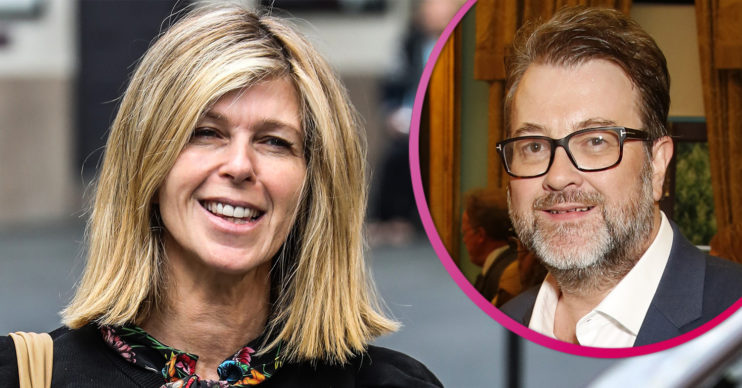 Kate Garraway has revealed her husband Derek Draper wanted to be put unconscious to escape the “mental torture” of coronavirus.

Derek was taken to hospital last March and battled COVID-19.

After over a year in hospital, he’s now back home but receiving round-the-clock care as he deals with the after-effects.

Now, GMB star Kate has opened up about the heartbreaking texts he sent her before he was put into an induced coma.

What did Kate Garraway say about husband Derek Draper?

Writing in her new memoir The Power of Hope, which is being serialised by the Mail on Sunday, Kate said Derek’s texts became “more and more desperate”.

Kate revealed Derek put on a brave face for their children and text them to say he loved them.

However, when speaking to Kate alone, Derek explained just how “awful” his situation was.

Kate wrote: “And then I read his next text, just to me this time: ‘OK, not for the kids. I’ve been playing down how really awful it is.

“‘It is second after second of being locked in a mask thinking every second you’re going to die. I think they now may want to put me to sleep.’

Meanwhile, in another text, Derek told Kate he felt like he was “drowning and every breath is my last”.

However, he said the doctor had told him there was “no chance” in him dying.

Earlier this month, Derek returned home to Kate and their children Darcey and Billy after over a year in hospital.

I need a break. I want to be put unconscious.

Kate spoke about Derek’s return and said they were “over the moon” but “overwhelmed”.

Speaking on Good Morning Britain, the presenter said: “It’s extraordinary. We are over the moon and overwhelmed.

“It’s like when you first bring home your first born home and you’ve been planning for nine months.”

Meanwhile, earlier this week, Kate said Derek sweetly reacted to a new dress she was wearing.

She said on GMB: “I walked in the other morning just before I left to go to Smooth [radio] to say, ‘I’m off to Smooth now,’ and he said, ‘New dress?’ which was just amazing. And it was, actually!”