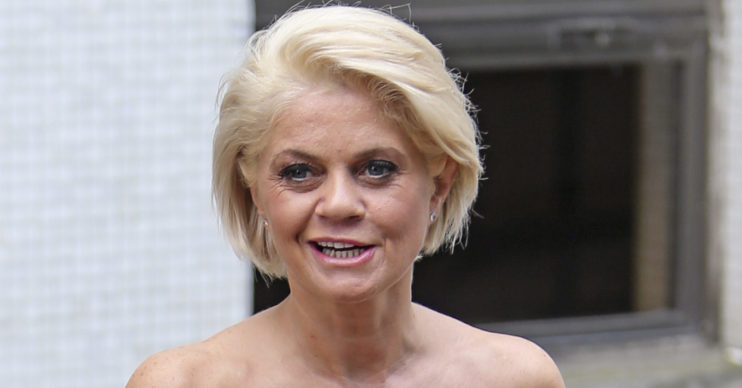 The ex-soap star is having reconstructive work done

Danniella Westbrook is preparing to go under the knife to have her face repaired but fears she’ll never wake up again.

The former EastEnders actress will undergo up to five separate operations to help fix the damage caused by years of cocaine abuse.

And she’s revealed worry that she might die on the operating table.

Danniella told The Sun: “Every time I go under anaesthetic I’m praying ‘please let me wake up’.

“When you get older you see the risks for what they are.

“I know I’m in good hands so I want to be in the best shape I can be before I go in.”

The 48-year-old, who has undergone six boob jobs and now wants a rib removed to help her breathe, earlier this week told of her grief and ’emptiness’ following the death of her beloved rescue dog Bruno.

Devastated Danniella tweeted: “I feel empty and sad, he was such a lovely old boy.

“Rest in peace my Bruno Bear, you was such a good boy, full of love right till the end, will miss you so much.”

One fan tweeted: “I can’t imagine how painful it must be for you.”

Dannielle Westbrook is getting married

Danniella has had some some good news, however – the announcement of her recent engagement to secret prison boyfriend David.

The mum-of-two has said she wants to wait until he’s out of prison to make it official.

She said: “He has asked me to marry him but I told him to wait until he gets home.

“He asks me all the time, he even asked me at the jail. He didn’t get down on one knee or anything, but he’s like ‘we are getting married you know’.

“I met him in 2017 in Spain when we were both living there. It was a tumultuous relationship, it was on-off all the time.

“But we just stayed in touch, then he went to jail early in 2019 and he got nine years and nine months. He’s home next year though.”

What do you think about Danniella Westbrook having face surgery? Leave us a comment on our Facebook page @EntertainmentDailyFix and let us know.