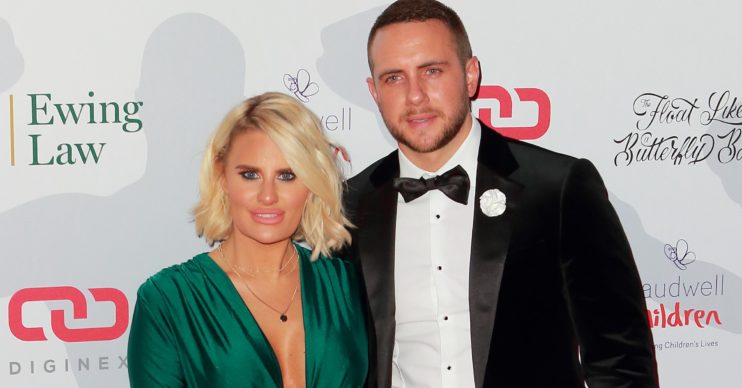 The former TOWIE star announced the news on Instagram, sharing a selection of adorable snaps of her and fiance Tommy Edney cradling their newborn daughter in hospital.

Celebrity mate Vicky Pattison was one of the first to congratulate Danielle and Tommy, writing: “She is beautiful Danielle!! Huge congratulations to you both! Name is stunning as well.”

Fellow TOWIE stars Bobby Norris, Mario Falcone and Josh Wright all took to the site to send their love while Amber Dowding added: “Congratulations to you all darling. She finally made her appearance! Lots of love to you all she is perfect. Can’t wait for a squeeze.”

The new mum then took to Instagram stories to share a video of her breastfeeding her newborn daughter, hinting at how tough labour had been and calling all women who have children ‘superheroes’.

What did Danielle say?

Danielle went on to tell fans how ‘exhausted’ she was, adding she felt like she’d been ‘hit by a bus’ but was just pleased her baby girl had finally arrived.

“I’m not even going to talk about the labour, I’ll save that for another day. She’s here and that’s all that matters.”

Danielle went on: “I am exhausted. I think all women who have children are superheroes. And the midwives.

“I literally feel like I’ve been hit by a bus.

“I’m so pleased she’s here, I feel like the happiest girl in the world.”

Danielle and Tommy got engaged in March while on holiday in Dubai and have been excitedly waiting for the birth of their first child.

The couple were childhood sweethearts 22 years ago before going their separate ways and finally reuniting after Danielle admitted she had given up on love.

They announced they were having a baby girl in November by throwing a lavish gender reveal party attended by celebrity pals including Ferne McCann and Jess Wright.

Visit our Facebook Page @EntertainmentDailyFix and let us know what you think about think story.