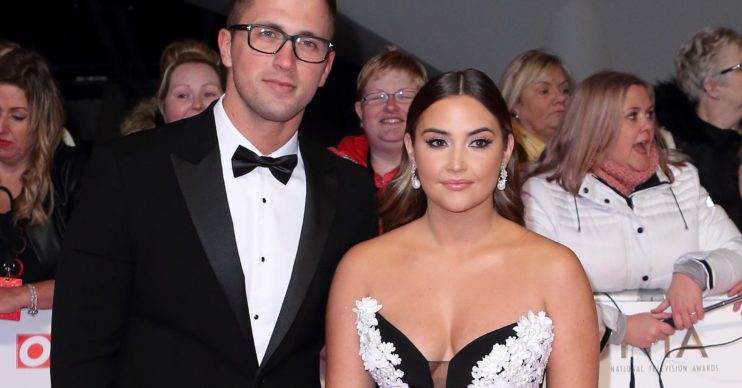 The couple were pictured leaving their house together

Rumours have begun circulating that Jacqueline Jossa and Dan Osborne’s ‘split’ is nothing more than a publicity stunt – and the I’m A Celeb fave has this morning come out to set the record straight.

Reports surfaced at the weekend that the couple’s marriage was feeling the strain under lockdown causing Jacqueline to move out of the family home and decamp to her parents with her and Dan’s two young daughters.

Jacqueline released a statement to say that she ‘needed time’ but her and Dan were ‘working together and not against each other’.

Her representative also denied that Dan had been messaging other women.

However, on Tuesday (May 26) the couple were pictured leaving their Kent home together with their daughters looking like they were headed on a family day out.

The weather is STUNNING🙌🏼❤️ Lots of love to you all, happy Friday. 2020 isn’t going to plan but hey, we are safe and doing the best we can! Home schooling is HARD! 🌈

Jacqueline was holding two puppies while Dan carried their little girls to the car, stuffing a giant inflatable into the boot before the family headed out for the day.

Taking to Twitter, fans questioned whether or not the ‘split’ was just a publicity stunt.

One wrote: “Jacqueline Jossa insists she’s NOT divorcing husband Dan Osborne. NOT UNTIL THE PRESS & PR HAVE BEEN PUT IN PLACE ALONG WITH A REALITY TV SHOW CALLED ‘LET’S SPLIT UP AGAIN’.”

It was also reported that Gabby Allen’s ex Myles Stephenson, who was in the jungle with Jacqueline, told her that the rumours suggesting something went on between Gabby and Dan were true.

At the weekend, Jacqueline shared on her Instagram stories: “I need some time. There is no split. No divorce.

Jacqueline has now responded to all the speculation.

She explained: “Morning all. This is a message for all of the amazing supporters who always show me so much love.

“I’ve been honest about my situation at the moment, and yes I’ve been staying at another house – a house my parents will eventually be moving into.

“I had really been struggling (haven’t we all?) lately and as I said yesterday, I’ve just needed some time and some breathing space.

“Yesterday I had five paparazzi outside my house all day, who then chased us in the car with the kids.

“The stories about splits, divorce, third parties – it’s just not my real life. Don’t believe it.

“I’m going to enjoy the sunshine with my kids. Thanks to everyone who always stands by us and to all the hard working parents trying to get through this crazy time – and for those who don’t get it, just be kind.

“I will not be commenting any further.” 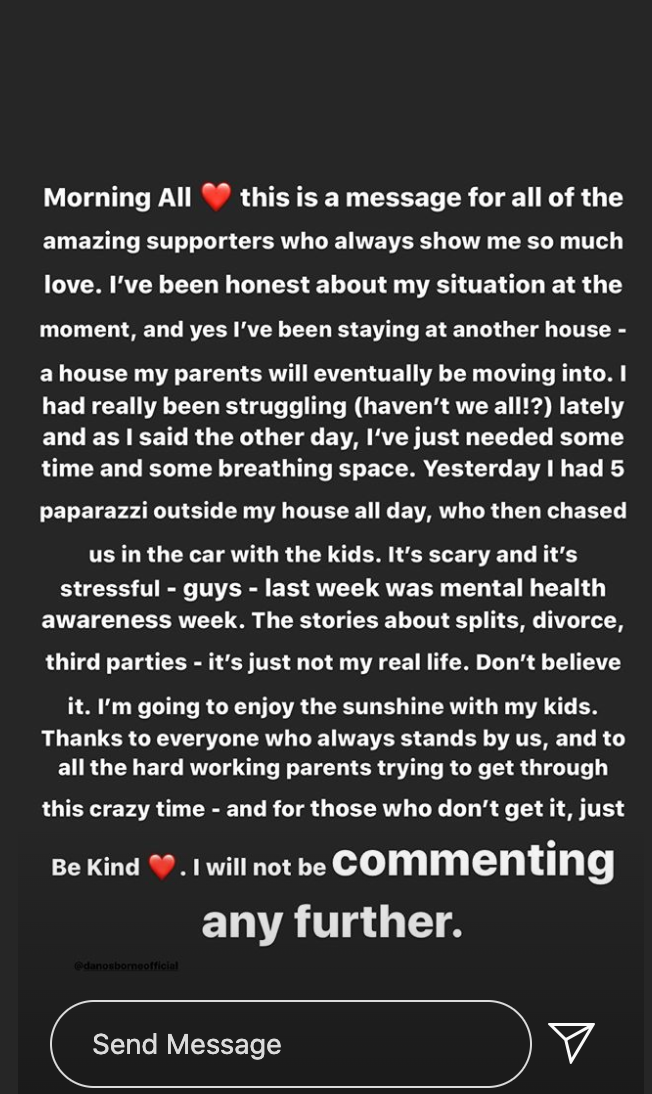