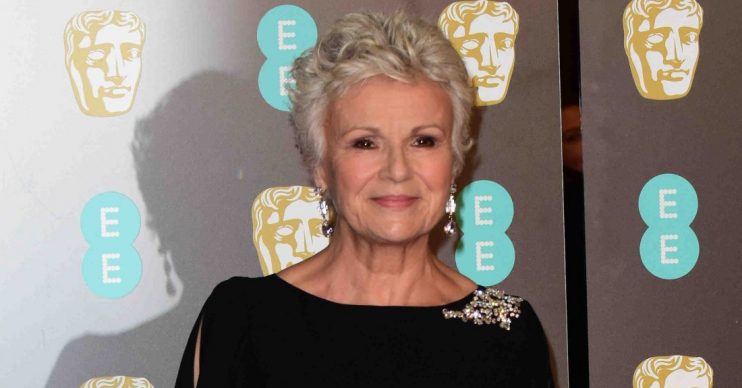 The 69-year-old actress – who was diagnosed with the disease 18 months ago – has now been given the all-clear after undergoing chemotherapy, but Julie initially thought doctors “must have made a mistake”.

Recalling her diagnosis, the award-winning star – who initially visited the doctor with indigestion and “slight discomfort” – told the BBC’s Victoria Derbyshire: “I was still thinking, ‘That’s ridiculous, he must have made a mistake’. I couldn’t believe it.”

At the time of her diagnosis, Julie was suffering with stomach pain, heartburn and vomiting.

However, the news still came as a huge shock to her and her family, including her husband Grant Roffey.

She recalled: “I’ll never forget his face. Tears came into his eyes.”

I was still thinking, ‘That’s ridiculous, he must have made a mistake

And Julie has now admitted to doubting whether she’d survive her cancer treatment.

In an exclusive interview, the actor describes the moment she was told by doctors.

She has now been given the all clear

The actress – who had “30cm taken out” of her colon during surgery – confessed to thinking: “I may not come round from the anaesthetic.”

Julie also revealed the surgery left her feeling “exhausted” and “a bit low” in the days after she went under the knife.

She said: “I said to the night nurse, ‘Is Love Island on?’ – because we were talking about it – and we watched it together. It was only a couple of days later I thought, I feel exhausted, and a bit low actually.”

The Educating Rita star subsequently went through chemotherapy, and is now “clear” of cancer.

The acclaimed actress added that she’s currently doing “really well”, in spite of her health scare.