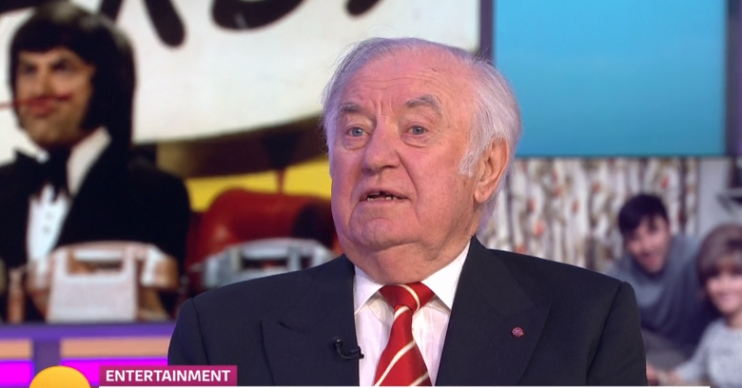 He urged others to get tested for the disease

Jimmy Tarbuck has revealed he’s been diagnosed with prostate cancer.

The 80-year-old comedian confirmed his diagnosis on Wednesday, and encouraged other guys to go and get tested for the disease.

Speaking on Good Morning Britain, he said: “I have prostate cancer and I’m going to try and beat it. All men out there – go for a test.

“Right now I feel great. I’m on the telly, I’m having a good time.”

Jimmy’s doctor has told him he will not die “of” prostate cancer, but could pass away “with it”.

I have prostate cancer and I’m going to try and beat it.

He said: “I’m having these injections and taking these tablets and then I go onto a yearly thing.”

And his doctor said to him: “You won’t die of prostate cancer but you might die with it. A lot of people do – they can halt the spread.”

The TV presenter also revealed singer Sir Tom Jones has been his “mentor” and has helped him throughout the ordeal.

‘I have prostate cancer and I’m going to try and beat it.’

Jimmy Tarbuck is urging all men to get checked out.

He added: “Tom Jones was my mentor – he told me what to do. He said, ‘I’ve had this done,’ and said you’ll get bloods done.

“Boys, go. It is embarrassing. Especially when the fella said to me we’re going to give you the thumbs up and I said, ‘God I hope not.’ They roared laughing.”

Earlier this month, Jimmy revealed he was going to have a biopsy to find out if he had prostate cancer the day after his 80th birthday in early February.

He told the Mirror: “The day after, I am going in for an operation and I will be getting myself right again. They need to do a biopsy to find out if I have got prostate cancer.

“Jonesy knows. He is very helpful and gives me a lot of encouragement. I regard him as a great friend. Tom is always good fun and good company and we always have a good laugh.

“I will see him in between him doing The Voice and in between me having the operation.

“The thought of having prostate cancer is scary but I am determined to face it head on – and that’s because of learning that Rod Stewart has gone through it too.”