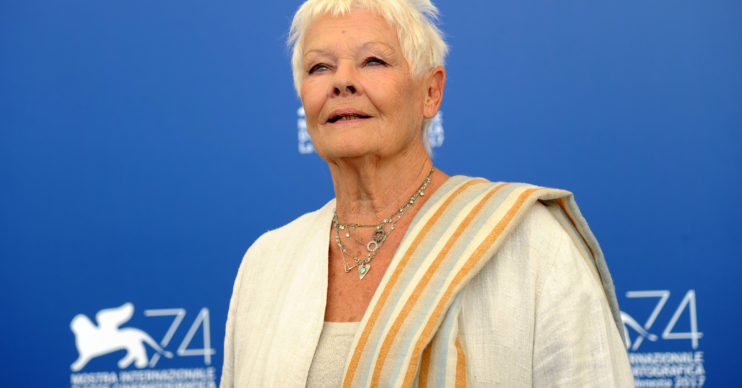 Dame Judi Dench worries theatres may not reopen in her lifetime

Dame Judi Dench fears many theatres will not reopen “in her lifetime” amid the coronavirus pandemic.

The 85-year-old actress is concerned about the UK arts industry as many venues are still unable to stage live performances.

She thinks the situation is growing increasingly “desperate” and many places won’t survive.

“This is what we rely on and it’s a desperate feeling. And when will they ever open again? I don’t know, certainly, I’m sure, not in my lifetime.

“It’s not as if we don’t bring a great deal of money to the economy because I think, last year alone, we brought in 1.3 billion into the economy. So, it is necessary.

Read more: This Morning fans back Judge Rinder as he tells Matthew Wright off

“Of course there are lots of other necessary things. I’m not saying that it should be more prioritised than anything else, but it just is going to be a very serious effect on all of us.”

Even though social distancing measures are being cut from 2m to “one metre plus”, the Skyfall actress doesn’t think it will make a difference to theatres being able to open their doors.

She added: “If the theatres now close and become dark, I don’t know when we’re going to get them back.

When will theatres likely reopen?

Boris Johnson urged all Brits to stay away from pubs, nightclubs, theatres and cinemas back in March.

However, in his latest briefing on 23 June, drama and music venues were not included in the list of industries allowed to reopen.

Meanwhile, musicals producer Cameron Mackintosh recently announced that a number of productions will not be returning to London’s West End before 2021.

During the lockdown period, Judi has joined her grandson Sam Williams in TikTok videos and she admitted the viral dances have “saved” her.

She said: “It saved my life, I know nothing about TikTok. Sam is the person who is technically minded and who has all the ideas.

“He made me do it. I had to rehearse, I have rehearsed all his moves, it just seemed that comes naturally.”

Back in April, the actress also suffered an awkward moment after accidentally flashed her daughter’s pal on Skype.

She recalled the mishap during a chat with presenters Alex Jones and Patrick Kielty on The One show.

Judy shared: “It’s a terrible story. I’m totally un-technical. I don’t know anything about being technical and pressing buttons. This is a miracle to me.

“A couple of days ago, my daughter said to me: ‘We have to Skype this friend for his birthday.’

“So we did, we had a wonderful chat all between us. It was absolutely lovely. He said, ‘I’m just going off for a walk’ and we said, ‘That’s fine’. It finished, and we were very pleased that it happened.

“Then I said, ‘I’m going up for a bath’ and went up for my bath. I had my laptop with me. I brought it down to do something. As I say, I’m totally un-technically minded. I pressed a button and there, suddenly, was this friend.

“I wished him happy birthday in the bath. That’s not attractive! My daughter said, ‘Oh he’ll think it’s a lovely birthday’. Oh I don’t think so, actually!”