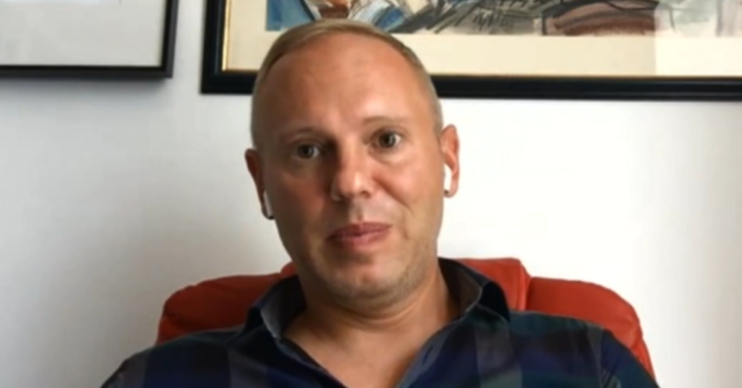 This Morning fans were right behind Judge Rob Rinder today as he ticked off Matthew Wright over some nasty comments.

Rob and Matthew were calling in to hosts Holly Willoughby and Phillip Schofield to discuss the day’s news on Thursday (June 25).

The first topic was the heat and how people have been descending on beaches to soak up the sun.

But as well as the lack of social distancing, the litter people have been leaving behind is pretty disgusting and Matthew had something to say about it.

Read more: The Chase fans again call for Shaun to be axed over ‘humiliating’ performance

What did Matthew Wright say on This Morning?

When asked about the scenes on the beaches, Matthew was keen to stress it’s a shame people are ignoring social distancing.

“We, as Brits, have had enough of lockdown regardles. The downside is every Thursday for the first two months of lockdown we stood on our doorsteps clapping the NHS, now we’re giving two fingers to the NHS.”

He then turned to the litter situation.

“The litter the next day, there’s no excuse, these people are pigs, they’re not humans they’re pigs.

“The scenes at Bournmouth beach this morning are disgusting.”

He also revealed people have been urinating and deficating on his street.

Rob explained his own thoughts next: “I completely agree with Matthew apart from his comment about people being pigs.”

He then went off on a slight tangent wishing Matthew’s mum a happy birthday!

“Happy birthday to your 80-year-old mum today, I think she would definitely not want you to call people who’ve got lockdown fatigue pigs.

“There are people who spoil it. Of course people should take their rubbish home, they are absolutely despicable and disgusting, I just think Matthew went a little bit too far calling them pigs and your mum would have been disappointed.”

As Matthew slapped his own wrists, Holly said: “You’ve been told!”

Plenty of those watching at home backed Judge Rinder.

Couldn’t agree more with @RobbieRinder, he put it so eloquently when Matthew Wright was calling people “pigs”. Such a wonderful man with a good heart. #ThisMorning

Matthew Wright is a hypocrite, he didn’t call #BlackLivesMatter antifa pigs… They didn’t have toilets when marching and congregating! Left-wing hypocrite! Get him off #thismorning he is disgusting! pic.twitter.com/KRXqSDDY5A

Thats it rinder lay In to matthew, he might block you after this tho #ThisMorning

There were others, though, who completely agreed with Matthew.

They couldn’t understand the issue with calling them pigs because they also think they are.

#thismorning Matthew calling people pigs- why not? They don’t care and can be destructive with manners.

Matthew Wright was spot on. What’s wrong with calling them pigs? Ppl who leave their litter behind are disgusting. How hard is it to take a bag and take your litter with you?#ThisMorning

#thismorning well said Matthew. People ARE pigs( sorry Robert). We have abided to lockdown rules for 3 months and we have 2 boys with special needs. We would love to take them too the beach but that would be wrong on all levels!

This is why he called them Pigs and he was absolutely spot on #ThisMorning pic.twitter.com/Qe0Omkn4MT