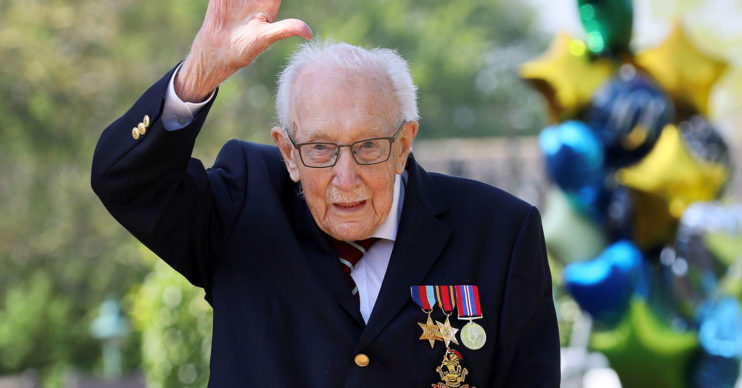 The war veteran has become a national treasure after raising over £32 million for the NHS during the coronavirus pandemic.

Following his incredible fundraising efforts, Tom was promoted from Captain to Honorary Colonel on his 100th birthday last week.

Now, according to reports, Colonel Tom is having a celebration at his house once the lockdown is over.

Among the guests is Britain’s Got Talent magician Richard Jones, who is also a military man who served in the household cavalry.

A source has told The Sun: “There are acts who are going to perform and Richard’s army link made him an obvious choice.

“He’s going to be teaching Tom a few magic tricks.”

A spokesman for Richard told the publication: “As a Lance Corporal and Queens guard Richard and Captain Tom are like-minded souls when it comes to military service.

“Richard has confirmed he will be meeting with Tom at the first opportunity to celebrate his 100th birthday.”

Meanwhile, last week, Colonel Tom received thousands of birthday cards from people up and down the country.

To mark his birthday, there was also an RAF flypast above his home.

Speaking about his new honorary title of Colonel, Tom told the BBC: “I’m very moved by that. I would never ever have anticipated it.”

#ICYMI, this time last week @captaintommoore was made an Honorary Colonel of the Army Foundation College, Harrogate. As the training facility for our new recruits, long may you inspire our future soldiers. #armyskills #throwbackthursday pic.twitter.com/WEP1g534r9