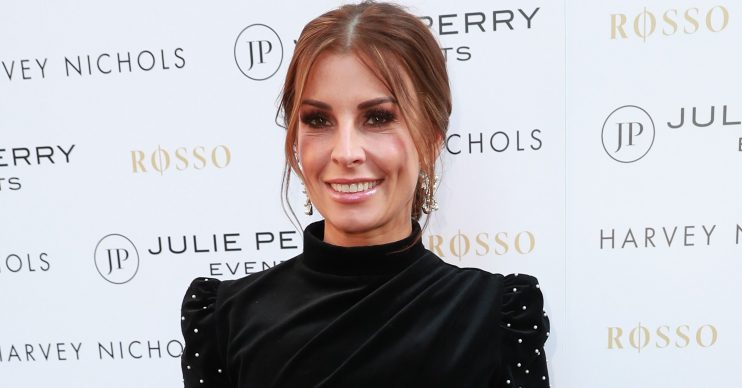 Coleen Rooney’s youngest son Cass fell asleep as he got his haircut in an adorable photo.

The WAG shared the snap of her little boy to Instagram as he had a little trim.

The photo shows Cass, one, having his blonde locks cut as he dropped is head and shut his eyes.

Coleen captioned the post: “Thanks for the Christmas haircuts @cutthroatpete… this little man couldn’t stay awake.”

Fans gushed over the touching picture with one person commenting: “That’s is too cute.”

Another wrote: “Awww, so adorable and cute.”

It comes after it was reported that Coleen and her husband Wayne Rooney installed a new security system at their multi-million pound home in Cheshire.

The new system apparently includes an escape tunnel and the couple had builders create the passageway to be used in the event of an emergency.

The Sun reported that the space is also kitted out with a toilet, kitchen and provisions, as well as CCTV and internet access should they need it.

The couple live in their home with their four sons – Kai, 10, Klay, six, Kit, three, and Cass.

Last month, it was reported that Coleen’s keen to try for baby number five as she felt it would help put the so-called Wagatha Christie drama behind her once and for all.

Over the summer, Coleen hit headlines after she accused fellow WAG Rebekah Vardy of passing stories about her family to the papers – something Rebekah vehemently denied.

A source told New! magazine: “It’s no secret Coleen has wanted another baby and she feels as though a fifth child would turn the page and be a great way to start a new chapter.

“She sees this as the perfect solution. She loves being pregnant and feels that another baby would not only encourage Wayne to stay on the straight and narrow after all his boozy nights out, but it would also make people forget about the Wagatha Christie controversy.”