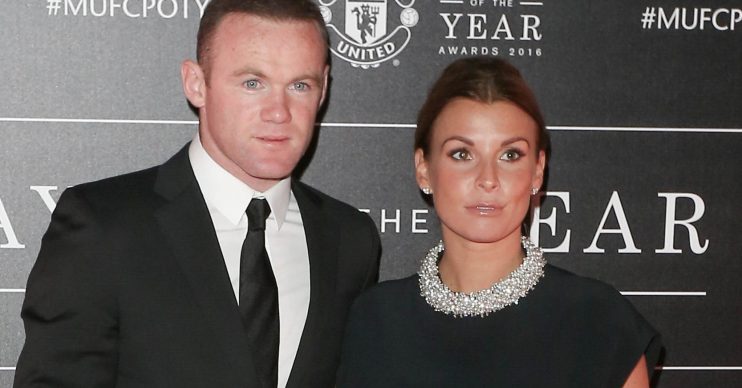 They're back in the UK full time

WAG Coleen Rooney and her footballer husband Wayne have reportedly splashed out on an impressive security system at their new multi-million pound home in Cheshire.

The couple are said to have installed a number of high-tech security measures at the £20million property in Cheshire – including an escape tunnel like something straight out of a spy film.

According to The Sun, Coleen, 33, and Wayne, 34, had builders create an underground passageway to be used in the event of an emergency.

The tunnel is believed to be reinforced with steel doors and link their mansion to a to a garage, where an permanently charged electric car will await them.

The publication reported that the space is also kitted out with a toilet, kitchen and provisions, as well as CCTV and internet access should they need it.

Coleen and Wayne are said to be preparing to move into their new home with their four sons – Kai, 10, Klay, six, Kit, three and Cass, one.

The luxury pad is reportedly nestled within a huge 40-acre plot and will feature its own stables, orangery, two fishing lakes and a garage big enough for six cars.

As reported by The Sun, it will also house a wine store, cinema area, swimming pool, snooker room and other amenities.

It follows Wayne taking on a new role as player-coach at Championship club Derby County.

And it’s reported that as the family’s back in the UK full time, Coleen is keen to add to their brood.

A source quoted by New! magazine claimed she thinks now’s the “perfect time” to try for a fifth child.

They told the publication: “It’s no secret Coleen has wanted another baby and she feels as though a fifth child would turn the page and be a great way to start a new chapter.

“She sees this as the perfect solution. She loves being pregnant and feels that another baby would not only encourage Wayne to stay on the straight and narrow after all his boozy nights out.”