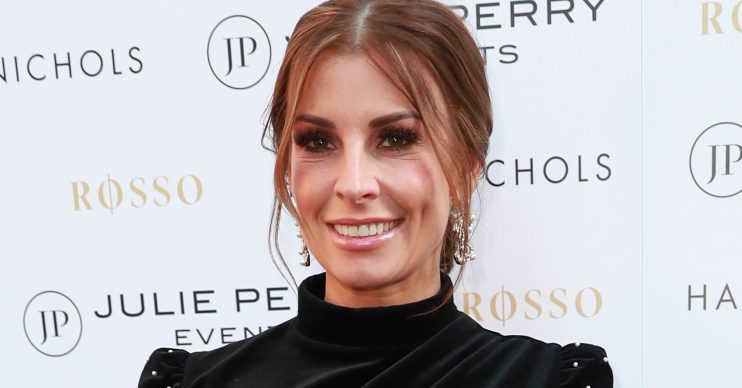 He got to meet Santa

WAG Coleen Rooney has shared a string of cute snaps from a festive day out with her youngest son.

The mum of four, 33, posted photos on Instagram showing the moment 22-month-old Cass got to meet Father Christmas.

Coleen wrote in the caption: “We seen Santa today [sic].”

The post, shared on Tuesday (03.12.19), also included a pic of Cass playing on a toy tractor and others showing the youngster happily helping to brush some ponies.

Coleen’s followers were quick to comment on the pictures, with one writing: “He has beautiful eyes.”

Someone else said: “He’s so cute!”

He is absolutely gorgeous.

“Oh he is a natural,” said a third, adding: “Definitely needs a pony!”

Another commented: “He is absolutely gorgeous. Doesn’t look very impressed with Santa though.”

A fifth wrote: “Hope you and your family have a lovely Christmas and new year, Coleen.”

Last month, it was reported that Coleen’s keen to try for baby number five as she feels it will help put the so-called Wagatha Christie drama behind her once and for all.

She hit the headlines over the summer when she accused fellow WAG Rebekah Vardy of passing stories about her family to the papers – something Rebekah vehemently denies.

A source told New! magazine that Coleen is ready to add to her brood and create her very own Rooney five-a-side team.

Now that she’s back in the UK full time, it’s believed she feels it’s the “perfect time” to try for another baby.

The source claimed: “It’s no secret Coleen has wanted another baby and she feels as though a fifth child would turn the page and be a great way to start a new chapter.

“She sees this as the perfect solution. She loves being pregnant and feels that another baby would not only encourage Wayne to stay on the straight and narrow after all his boozy nights out, but it would also make people forget about the Wagatha Christie controversy.”